Shenzhou-13 crew has successfully arrived at Tiangong, China's first permanent space station. The spaceship, according to reports, has a white minimalist interior design and large sleeping chambers for its crew.

On Oct. 16, the new crew launched from the Jiuquan Satellite Launch Center in Inner Mongolia, including the first woman to board the Tiangong space station. A Long March 2F rocket brought them to outer space.

The crew docked with the Tiangong six shortly after launch and will spend approximately 180 days aboard the station, or roughly six and a half months. The mission will be the longest that China's Manned Space Agency has ever attempted. 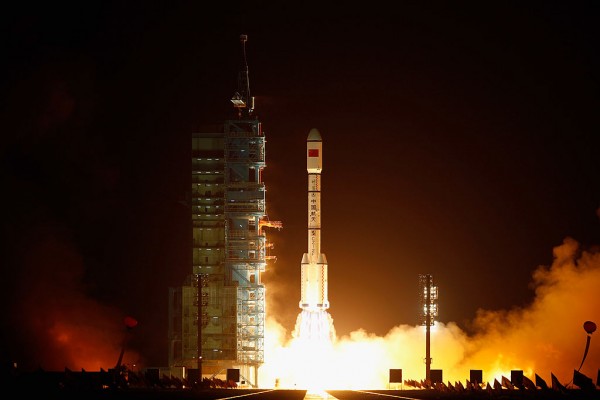 After Western countries denied this Asian country access to the International Space Station by the West, China has attempted to build its own space station. The US has accused China of stealing intellectual property and has labeled the country a national security danger.

China is currently building the Tiangong Space Station. The size would be about one-sixth the size of the International Space Station when completed. When the country sent the station's core module into orbit earlier this year, a crew of three astronauts worked almost three months preparing it to accept new components.

The space station, according to Futurism, is the most stunning aspect of China's longest space trip, with the inside resembling an Apple Store. It's worth noting that Apple Stores generally have a white minimalist style, which the Chinese space station did as well.

ALSO READ: China Wants to Make a Giant Megaship Spacecraft Project Worth $2.3 Million; What is This For?

Furthermore, the Shenzhou 13 demonstrated their sleeping accommodations aboard the space station, which included a large bed for the crew members. Apart from the almost entirely white interior, the Chinese space station has blue highlights.

Not to mention that their staff wears the same hue as the employees at Apple shops. Although the Chinese space station is primarily white and blue, interior designers attributed some red accents to the Chinese flag. They placed the color in various places inside the Tiangong space station.

China started its longest mission of Chinese Shenzhou 13 astronauts at the Tiangong Space Station over the weekend, according to Space.com. The next crew, astronauts Zhai Zhigang, Wang Yaping, and Ye Guangfu, will pick up where the previous team left off with their job.

The crew is putting to the test technology that they will use in the station's building. These include robotic arms for manipulating equipment and hardware, performing spacewalks, installing equipment and preparing existing modules, and analyzing living conditions in the core modules.

Two cargo ships, the Tianzhou-2 and Tianzhou-3, had previously docked with the core module and included the required equipment for the crew to prepare the station for future expansion before the astronauts arrived.

In addition, the crew will undertake various microgravity experiments in disciplines such as medicine.