SpaceX's anticipated vessel SN20 Starship prototype breathed its first fire last night. The craft comes to life for the upcoming cumulative launch tests that will be conducted right after its first official launch to Space. The shop's engine was observed to release fire from itself as part of the ongoing SpaceX examination on October 18 at their facility located in South Texas. The SN20's recent exhibition was a success for the space agency's experts, as it was a solid step that would make the new Starship ready for the first-ever orbital test flight the would be held soon. 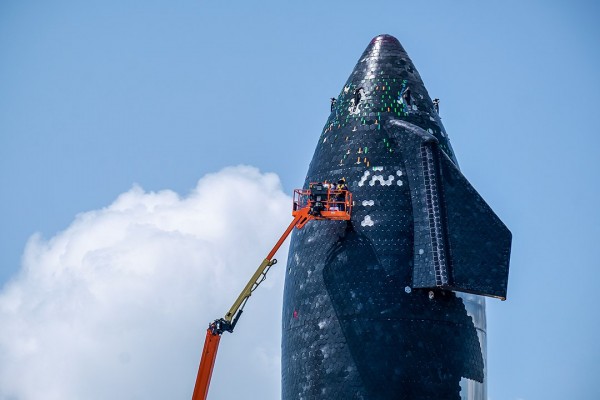 The fire that SN20 emitted was muted compared to the expected blazes we have witnessed from the traditional space crafts. Although the blaze did not give any show last night, the reports said that it could have been a preburner test if this ship's own Raptor engines. According to Space, the SN20 Starship has two preburners equipped to its structure. This allows the engine's methane and liquid oxygen propellants combined through the heating and mixing process. Next test that is expected from the SN20 is its full-on static fire. SpaceX's 50-meter craft will be powered at full capacity in this phase, letting the massive Raptor engines awaken the whole mechanism.

SpaceX developed the Starship with the most prominent booster the agency ever produced, called the Super Heavy. The program was crafted as part of the company's goal to future transportation opportunities across Space and to be able to send people to our moon, the planet Mars, and other astronomical ventures in the future. SpaceX's Starship line and the Super Heavy line are crafted with the most advanced technology to serve space explorations in an efficient approach. Both the developments are reusable and could be part of numerous missions instead of just being wasted on a single project.

SpaceX was already successful at launching previous Starship prototypes up to high altitudes. As for the latest SN20 prototype, six Raptor engines will be utilized to reach the highest peaks of the atmospheric region and low-orbit.

The lunch test of the Starship SN20 does not have any definitive schedule yet. It is due to the changing matters across the flight authorities and other government institutions responsible for scheduling launch projects. Currently, the US Federal Aviation Administration FAA is still on its assessment procedure at SpaceX's launch site located in South Texas. According to the federal agency, the draft they had released last month is still available for any public comments until November 1. The comments accumulated from the FAA draft will then be included for SpaceX's final phase of the assessment.

SpaceX made the first attempt to stack SN20 on one of Super Heavy's fully-sized Booster 4. The total height of both the pieces of equipment reached a whopping 120 meters. It made the Starship obtain the tallest rocket collective throughout space exploration history.