The manufacturing agency for space crafts, Varda Space, will launch a new mission to study various space equipment in microgravity. The startup agency will fly its very first vessel and is expected to commence in the first quarter of 2023. The Varda Space's first spacecraft will be lifted by SpaceX's Falcon 9 rocket. 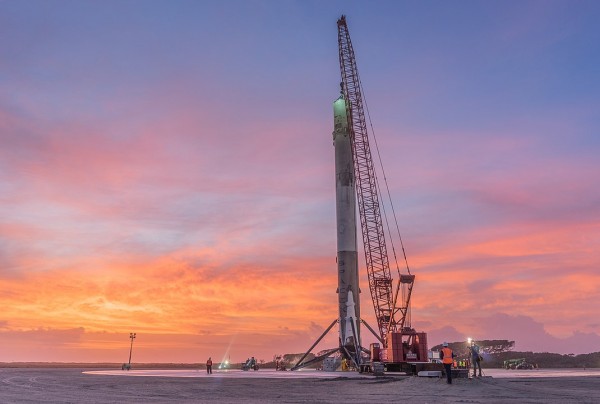 Varda Space informed the public last October 11 that they will make their first space exhibition at the beginning of 2023. The confirmation was due to the conducted signing agreement between the startup space agency and SpaceX. The plan for the future mission will be aboard the Falcon 9 under its rideshare mission that will be held sometime after two years from now. The new contract between Varda Space and SpaceX has not been publicized and the details have remained private between the space contractors.

Varda Space's space vessel will be hovering over the vast cosmic void in a span of three months. The main goal of the space venture is to test the technology for space manufacturing and produce materials in microgravity-induced environment. Once the mission concludes, the space equipment produced in orbit will be returned back to the planet through a reentry capsule.

The experts of Varda Space have pushed the collaboration with SpaceX to materialize the mission due to the company's experience and quality in terms of space ventures. In addition, SpaceX es the best choice for a startup company like Varda Space to meet their preferred efficiency and budgeting plans. Varda Space president and co-founder Delian Asparouhov said in a SpaceNews report that among the factors that drive the economics is launch cost, and with that said, the company chose the best option that comes at the lowest cost available.

Varda Space did not hesitate to select SpaceX as their collaborator. The agency's chief executive and co-founder Will Bruey said that their company already has detailed familiarity with the best launch provider of today's standard, SpaceX. Bruey was in close ties with SpaceX due to him being a part of the massive private space firm for 6 consecutive years. In addition, Asparouhov was also a part of the Founders Fund, a group that relayed investments to both Varda Space and SpaceX.

The latest announcement of Varda Space on their collaboration with SpaceX is contrary to the initial plans of the startup space agency with another firm known as the Rocket Lab Electron. Varda Space already purchased three Photon satellites from their first choice, but Asparouhov said that their decision to collaborate on more than one entity is the best decision for the company. In addition, the space agency's president mentioned that the 'playing field' on the space market and ventures have a fast phase, noting that the first few collaborators might not be in partnership with them in future missions.