NASA Might Be Picking Another Firm To Make Moon Lander For Artemis Amid SpaceX, Blue Origin Legal Fight

The Senate has already requested NASA to select a second company to build the lunar lander for the Artemis Program.

This follows the announcement by the space agency a few months ago that only SpaceX will be granted the contract to develop the lunar landing. Two of the three businesses in the running were anticipated to be chosen by NASA. Blue Origin and Dynetics are the other two firms.

Blue Origin and Dynetics have filed official objections with NASA over the agency's decision to award the contract to SpaceX alone. In fact, Jeff Bezos' space firm sued NASA in federal court over it. 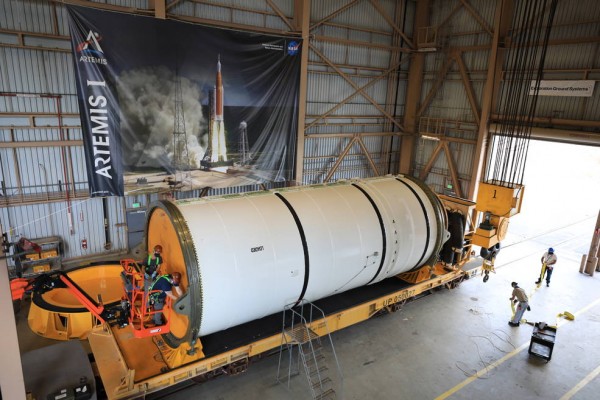 On Monday, senators issued a draft version of the appropriation bill that regulates NASA's budget for fiscal year 2022. The government agency instructed the space agency to pick two teams for the Human Landing System (HLS) program. However, Senate would only allocate $100 million to do so.

The program would be funded to the tune of $1.295 billion. With that, NASA might be receiving a total budget of $24.83 billion for the next fiscal year.

"Using this funding, NASA is expected to ensure redundancy and competition, including robust support for research, development, testing, and evaluation for no fewer than two HLS Teams," the draft bill said per SpaceNews.

In addition, rather than further research, the Senate Appropriations Committee expects genuine investments in growth. What's unclear, however, is how NASA plans to fund two HLS teams without a corresponding funding increase.

According to Space.com, the committee's study indicates that NASA's Human Landing Systems (HLS) program "is not underfunded" despite the agency's prior statements to the contrary.

The Senate Appropriations Committee report notes that NASA's rhetoric of blaming Congress and this Committee for the lack of funding needed to sustain two HLS teams sounds hollow.

According to the Senate Appropriations Committee's report, NASA should also give Congress a strategy on bringing in a second business to develop a lunar lander.

Despite these difficulties, NASA Administrator Bill Nelson expressed his optimism in an exclusive interview with SpaceNews that the agency will acquire the necessary financing for HLS.

NASA intends to apply what it has learned from taking humans back to the moon to its mission to send astronauts to Mars.

NASA intends to construct a base camp on the moon's surface and a Gateway lunar space station to fulfill its aim.

NASA obtained Brazilian assistance for its Artemis Program in June. Brazil is the first South American country to join the ranks of countries such as Japan, Canada, Australia, and the United Kingdom to fund the space agency's mission.