The Milky Way is now ready for photoshoots. NASA is planning to deploy a new space telescope in 2025 to assist scientists in better comprehending the development of our galaxy.

Understanding the past of the Milky Way is inextricably tied to learning more about our cosmic home. Our solar system is contained within one of the spiral arms of the galaxy.

The Compton Spectrometer and Imager (COSI) is a gamma-ray telescope that will investigate the birth and death of stars and detect the creation of chemical components in the Milky Way. COSI would hunt for these chemical components in gamma rays emitted when big stars exploded in our galaxy. It will aid in the creation of a map of the chemical elements produced by the explosions and their formation locations throughout the Milky Way.

Expected to launch into orbit in 2025, COSI will study gamma rays from stellar explosions to map out the evolution of our Milky Way galaxy: https://t.co/j4ZWSlahtC pic.twitter.com/nM3IER1dYj

According to Zurbuchen, COSI will provide answers to concerns regarding the origins of chemical components in the Milky Way galaxy, which are crucial to the development of Earth.

The telescope will also look into the murky origins of positrons, which are subatomic particles with a positive charge and a mass similar to an electron with a negative charge. Positrons, also known as antielectrons, are mostly found in space. 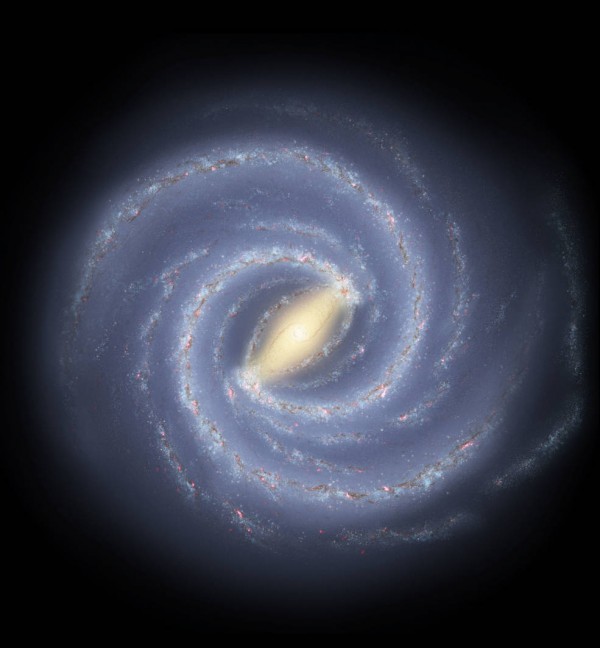 (Photo : NASA/JPL-Caltech/R. Hurt (SSC/Caltech))
NASA has selected a new gamma-ray space telescope, the Compton Spectrometer and Imager (COSI), that will chart the evolution of the Milky Way, seen here in this illustration.

This telescope's technology has been in development for decades, and engineers most recently tested it in 2016 on NASA's super pressure balloon. In 2019, the COSI project was one of 18 ideas submitted to NASA's Astrophysics Explorers Program. The telescope has now been selected for future research and development. Devdiscourse said the mission would cost $145 million, not counting launch costs.

The mission's primary investigator will be John Tomsick of the University of California, Berkeley.

This isn't the first time NASA has given a project the moniker "Compton." The Compton Gamma Ray Observatory, which began operations in 1991, was one of the space agency's four Great Observatories, which they created to study our universe via various wavelengths of light.

The Hubble Space Telescope and the Chandra X-Ray Observatory are two additional Great Observatories that are still operational. When one of Compton's gyroscopes failed in 2000, NASA deactivated it. CNN said the space agency also decommissioned Spitzer Space Telescope in 2020.

On the other hand, new telescopes are ready to launch and study the cosmos in novel ways.

With the James Webb Space Telescope set to launch in December, the Nancy Grace Roman Telescope in the mid-2020s, and now Compton in 2025, it's going to be a busy decade.