Te Herenga Waka-Victoria University of Wellington recently conducted a study that details greenhouse gases' effects upon the Aotearoa glaciers. Led by the institute's Earth science experts, the research focused on carbon dioxide, the main contributor to the atmospheric pollution that existed since the mid-Holocene epoch.

The massive reformation of the gas content is theorized to have been active from 5,000 to 7,000 years throughout the specified timeline. The plotting of precise dates in the moraine of Mt. Aspiring's Dart Glacier was made possible through the use of the chemical element known, beryllium. 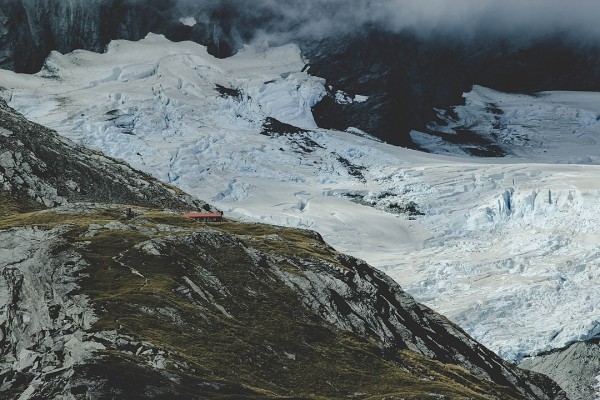 Te Kura Tātai Aro Whenia's School of Geography, Environment and Earth Sciences expert Shaun Eaves, along with colleagues from various institutes, authored the study that explains how the Dart Glacier in Tititea retreated over thousands of years due to the effects of preindustrial greenhouse gases. Eaves said in a PhysOrg report that the results gathered from the investigation are essential to clearly understand the effects of climate change in a natural environment. In addition, the difference in global climate between the pre-industrial and modern world can be compared to add additional thoughts about the human-induced activities that influence these changes.

Eaves said that the prehistoric evidence that could explain climate change is challenging to procure. Clues are hard to obtain, especially in the southern hemisphere. However, there are still promising geological structures that could still produce several facts from what climate we had on the planet thousands of years ago. Among them are glaciers, which according to Eaves are the best recorders of climate. Glaciers naturally adapt tony conditions it encounters and could change their structure with respect to the climate's effects such as temperature fluctuation and precipitation rate.

The glacier's accumulated changes throughout prehistory are embedded in landforms known as moraines. Through these rocky materials buried underground, experts could determine the accurate structure of glaciers, including their shape, size, and length, in a specific time.

The moraine unearthed from the Dart Glacier is surprisingly well-preserved compared to other initial digs of the same land components. The chemical beryllium compensates for the composition and erosion rates of moraine rocks, making it the best material for the dating process. The examination included geomorphic mapping that was previously recorded from the past centuries. Through the series of analyses, they were able to build a model of the glacier's ancient pattern.

The results showed that the early Holocene epoch had a massive reconstruction of glacial bodies in the southern mid-latitudes. It initiated a widescale glacier retreat that was theorized to have started 7,000 years ago. Moreover, the Dart Glacier, which descends to the Snowdrift Ridge and the Lake Wakatipu, was believed to have a larger peak. According to the study, the present 6-kilometer measurement was significantly lower than its 20,000 measure at about 130 kilometers during the ice age. The changes will be studied further for additional factors alongside the presence of carbon dioxide. The study was published in the journal Quaternary Science Reviews, "Local summer insolation and greenhouse gas forcing drove warming and glacier retreat in New Zealand during the Holocene."

RELATED ARTICLE: Earth Tipped From Its Axis 84 Million Years Ago; Planet's Layers Responsible for the Movement