Experts would like to slice and dice asteroids to prevent an Armageddon on Earth. Experts named this new planetary defense technology as "Pulverize It" - PI for short.

In the previous 113 years, two massive asteroids hit the Earth that might have killed millions of people if they had collided with a major metropolis. Humanity, on the other hand, was fortunate.

According to the experts, now is the moment to honestly plan for and implement a planetary defense program in light of this genuine threat. With PI, experts may approach the ultimate environmental protection program rationally and cost-effectively.

In a study titled "PI: Terminal Planetary Defense," study author Philip Lubin discusses what is required to protect Earth against asteroids in a short amount of time. Lubin, a physics professor at UC Santa Barbara. 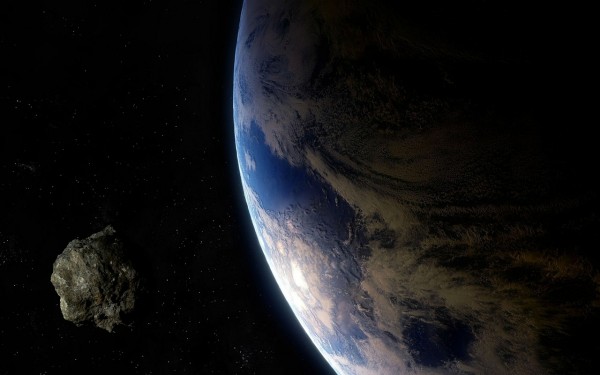 (Photo: Pixabay)
Potentially Hazardous Asteroid is Approaching Earth: When Does A Near-Earth Object Become a Threat to the Planet?

The installation of a network of penetrator rods, perhaps packed with explosives, across the asteroid's path to "slice and dice" the menacing object is critical to the PI approach, Futurity said. The penetrator rods, roughly 10-30 cm (4-12 inches) in diameter and 6-10 feet long, fracture the asteroid or comet core when it slams into them.

According to the researchers, the technique, rather than diverting the object, is to disintegrate the asteroid into tiny chunks the size of a house and then let the pieces enter the Earth's atmosphere. The atmosphere subsequently absorbs the energy, which vaporizes the house-sized fragments into minuscule debris that does not fall to the Earth.

Because the initial asteroid now hits the atmosphere as a huge, dispersed cloud of tiny pieces, the energy of the impact is geographically and temporally spread, de-correlating the blast waves produced by each component. This drastically decreases the danger from disastrous to something akin to a "fireworks show," replete with light and music.

The "slice and dice" technology detects asteroids or comets as they near Earth. Experts may add this through existing launch vehicles like SpaceX's Falcon 9 or NASA's SLS for bigger targets. Smaller targets, such as the Chelyabinsk meteor, might be prevented just minutes before collision using much smaller launchers comparable to ICBM interceptors. In contrast, larger targets, such as Apophis could be stopped just ten days before impact, according to the scientists' estimates. According to the researchers, such short mitigation periods are unheard.

Is This More Effective?

If such calculations are correct, the PI approach would be a far more adaptable planet security strategy than NASA's present endeavor to modify the trajectory of a near-Earth asteroid by crashing a rocket into it. The Double Asteroid Redirection Test (DART) mission will launch in November, but the test rocket will take almost a year to reach its target: the asteroid Didymos' 525-foot-wide (160-meter) moon. If the rocket collision is successful, this will slow the moon's orbit just enough for scientists to evaluate whether asteroid redirection is possible.

However, Space.com said PI would require significant testing to verify its viability, beginning with ground-based tests on dummy asteroids and progressing to real-world targets in space. There are no such experiments scheduled at this time. Scientists' capacity to identify tiny near-Earth asteroids like the Chelyabinsk impactor before they hit the atmosphere is also critical to the method's effectiveness. This is also a work-in-progress.