Astronomer Dr. James O'Donoghue, a planetary scientist at the Japan Aerospace Exploration Agency (JAXA), has been creating animations of planets in the Solar System in his free time.

These award-winning videos illustrate the exceptional physics of planets, wherein one of his best animations shows how each of them spins and how slow light travels in space. 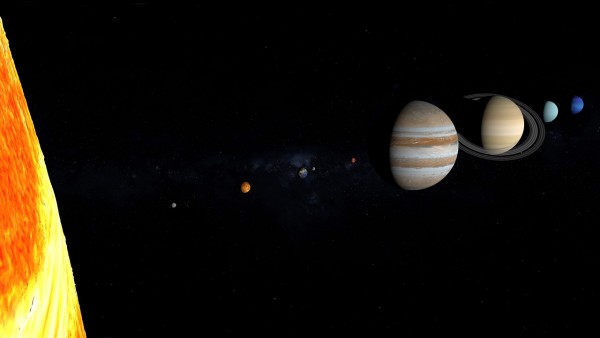 (Photo : Pixabay)
How Fast Does Each Planet in the Solar System Spins? A JAXA Planetary Scientist Shows It With Some Animations

The Beginning of O'Donoghue's Animations

According to Business Insider, O'Donoghue used to work for NASA before working at Japan's space agency. However, in 2018, the federal government had temporarily shut down because of some disputes with the budget in Congress. Due to that, he was told not to work or check his emails for a time, which led him with a lot of extra time on his hands.

But then he decided to take on Photoshop. He and his colleagues in NASA had just completed a study about the material raining onto Saturn from its rings. They found that the rings of Saturn will slowly fall away over 100 million years if the raining of its material will not stop.

But what could be the best way to visualize this? O'Donoghue thought of using animation to let people see how that might happen. Then on the day of the publication, O'Donoghue put an expanding black circle onto an image of Saturn and faded most of its rings away. His animated video of the disappearing circles of Saturn went viral, that The New York Times featured it with the news of the study.

ALSO READ: Planet 9: Is Its Existence in the Solar System True or Is It Just an Illusion? Here's What Studies Say

How Fast Do the Planets Travel?

His animation of the Saturn rings was just the beginning. As he waited for government work to resume, O'Donoghue realized that no videos were comparing each planet's spin side by side, so he decided to make one.

He used all planets' images, tilted them to their accurate degree, and made them spin at their real-life speeds before putting numbers beside them for good measure.

He told Insider that the video was watched 1.6 million times in a couple of days despite only having 450 followers. But then he realized that he worked for 16 hours to finish the animation, so it was like reaching roughly 100,000 people for each hour he worked. Then last month, he was awarded the Europlanet Society's Prize for Public Engagement.

These videos show the astonishing speeds each planet travels. O'Donoghue explains that the closer an object is to the sun, the faster it moves so that its gravity does not pull it into a fiery death.

In one of the videos, it shows the velocity of each of the planet on its path to the sun. But since it does not show how many orbits each planet is completing, he made another video. He noted that each time a planet crosses the screen, a planet completes one orbit around the sun.

Since his successful planets video, he has already created over 80 animations that he posted on his Youtube channel. He plans to add more in the future as he said there are more ideas in his head.

RELATED ARTICLE: How Did the Planets of Solar System Align on the Same Plane? Orbit Line-Up Explained 4.5 Billions of Years Ago