SpaceX CEO Elon Musk is once again criticizing the proposed billionaire tax, which could cost him up to $50 billion if passed. He claims that the tax is put toward his goal of reaching Mars using rockets built by his firm, SpaceX.

The billionaire, who also happens to be the world's richest person, has other plans for his vast fortune - he wants to make humanity interplanetary.

"My plan is to use the money to get humanity to Mars and preserve the light of consciousness," he tweeted today.

The New York Times reported on Tuesday that Senate Democrats propose to tax billionaires on unrealized increases in value for liquid assets like stocks as part of a $1.5 trillion spending proposal.

This is why Musk is denouncing a proposed billionaire tax in the United States Congress, which, if passed, would require him to pay $50 billion in government dues. Business Insider explained that Musk might be spending his $50 billion on SpaceX rockets and technology that will carry people to Mars.

But Elon Musk, as Fortune points out, has frequently relied on government subsidies to build his firms, including a $465 million loan from the US Energy Department in 2010.

In addition, NASA awarded SpaceX a $2.9 billion contract to create a lunar lander as part of the Human Landing System program.

SpaceX CEO has long believed that the best thing mankind can do is create outposts on other planets, particularly Mars. 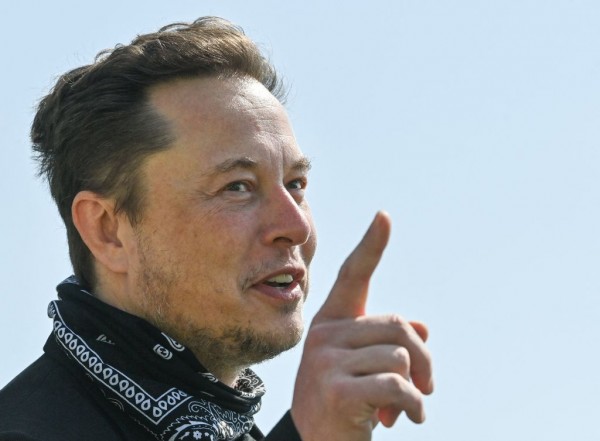 (Photo : Getty Images)
US entrepreneur and business magnate Elon Musk gestures during a visit at the Tesla Gigafactory plant under construction, on August 13, 2021 in Gruenheide near Berlin, eastern Germany. (Photo by Patrick Pleul / POOL / AFP) (Photo by PATRICK PLEUL/POOL/AFP via Getty Images)

In a tweet, SpaceX shared their "Gateway to Mars" in a 90-second video that showed the Starship being wheeled to the launch pad, lifting off, doing intricate flips, and landing safely on the ground.

Musk also shared an incredible photo of the Starship and Super Heavy at the company's Starbase in Boca Chica, Texas, with a full moon behind them. In the tweet, he said, "Starbase under development."

Elon Musk Eyes Using ITS For His Regular Mars Trips

Musk plans to create an Interplanetary Transport System (ITS) for regular flights to Mars using SpaceX's 120-meter Starship spacecraft atop a Super Heavy rocket as part of his space tourism objective. The spaceship would be capable of transporting 100 people from Earth to Mars and back.

For those Mars voyages, he plans to launch 1,000 or more ITS spacecraft, each with a capacity of 100 passengers. According to Space.com, Musk is planning an architecture that will deliver one million people to Mars over the next century, producing a thriving colony.

Musk predicts a cost of $100,000 to $200,000, which he claims is less expensive than the predicted $10 billion costs of traditional spaceflight technologies. He also calculated that constructing a metropolis on Mars would cost $10 trillion.

SpaceX plans to fly its first orbital Starship test mission in the coming month, ahead of a 2024 Moon landing with the first woman and person of color under NASA's Artemis program.