Mars is being eyed by many studies regarding its potential as a new habitat for humanity soon. Numerous data have been gathered and are still being extracted from the planet to support the fact or even improve the conditions of Mars, making it purely life-based and habitable for people alongside Earth. However, the red planet needs a stable and reliable atmospheric region to protect life on its surface. With the availability of planet-wide protection, many prospects could materialize on Mars, such as regulation of energy, water supply, and development of agriculture for plants and foods.

Is it Possible for Mars to Have a Magnetic Field? 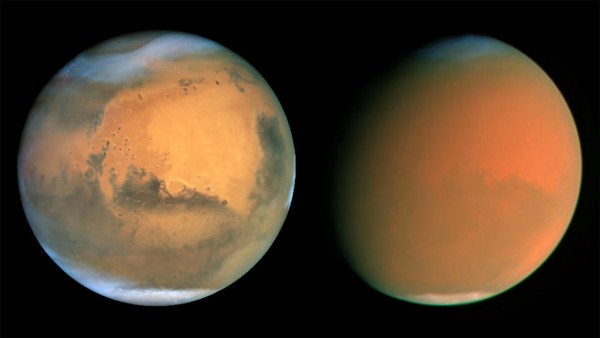 With that said, a group of scientists from prestigious organizations has conducted a collaborative study regarding the possibility of building a protective structure that could cover Mars from frying radiation and extremities of the void surrounding the planet. The study is an effort to make the theory of a protective layer similar to the Earth's magnetosphere actualize and envelope the red planet for future dwelling. The study included respected experts such as NASA Washington DC Headquarters chief scientist James Green. The main interest of the research is to jumpstart the ancient magnetic field of the planet that, based on previous theories, has disappeared due to natural phenomena.

The authors of the study said that if humans want to live on Mars, a lot of examination and application must be considered, including the planetary structure of the red orb terraformed. The experts added that among essential objectives is to terraform Mars - a progressive approach to developing a magnetic field around the planet. It means that a lot of progress and analysis must be met because there are no magnetic fields available on Mars at the moment.

Compared to Earth, the Red Planet has a substantially weak and fragmented magnetic field which explains why it can be dangerous to reside on the planet.

In the study published in the journal Acta Astronautica, titled "How to create an artificial magnetosphere for Mars," researchers write that one of the goals of terraforming would be to increase the atmospheric pressure on the Red Planet above the Armstrong Limit--a threshold that allows humans to dwell without the need of a full-body pressure suit, according to the WorldAtlas. Below this pressure limit, water in a person's lungs, saliva, and eyes would spontaneously boil.

According to researchers, the amount of magnetic field necessary to protect the Red Planet and possible future human inhabitants from the solar wind is equal to that of a refrigerator magnet. The challenge now is generating the necessary magnetic field throughout the entirety of Mars.

One of the ways researchers hypothesize to surpass the challenge is to restart and circulate the Red Planets iron core, which would create a continuous solid loop of magnets using chains of coupled sources with an aided plasma torus, Futurism reported.

RELATED ARTICLE: Solar Storm Warning: Flares Are Heading Towards the Earth, Could It Take Down Communications Lines Worldwide?