What's The Best Snack to Prevent the Risks of Dementia and Alzheimer's Disease?

Dementia is a neurological condition that affects many people worldwide. The disease impacts a large population in various age groups, but individuals who belong to the older adults are much prone to be diagnosed with the illness. According to the World Health Organization, 55 million people of the global population are currently diagnosed with dementia, and almost 10 million cases are being added every single year. In the 55 million individuals estimated to have the condition, the most common form of dementia is Alzheimer's disease. It is found in every 60 to 70 percent. 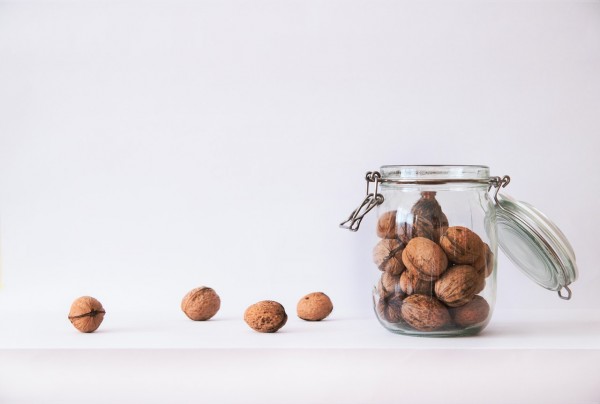 Dementia currently has no solutions, but even then, numerous studies pointed out potential preventive measures in people at high risk of being affected by the disease. Among the possible approaches to counter the disease's risks is to specialize a person's diet depending on their current status and their likeliness to acquire the 7th leading cause of death. Although dementia is a collective aspect of various neurological illnesses, having a healthy diet could secure one's brain from many problems, including Alzheimer's disease.

The Alzheimer's Society said that in the United Kingdom, an estimated 850,000 individuals are diagnosed with dementia. This rate is suspected to increase to an average of 1.6 million cases when the year 2040 hits the calendar. In a single year, the UK is expected to have over 200,000 cases of dementia development. The rise of dementia cases could be as fast as one confirmation every three minutes. Out of 6 people in an age group of 80 years, 1 is prone or is even at the phase where their dementia is already developing.

According to a report by Express, there may have been a convenient and simple solution that could help people withstand the dangers brought by dementia-induced conditions such as Alzheimer's disease. Based on the findings, including plant-based foods as part of a person's overall diet could decrease their chances of developing the illness.

According to the experts, the Mediterranean diet is the best plan course to take to match the specified leafy foods that are recommended against the disease. The Alzheimer's Society mentioned multiple aspects for an individual to take control and stabilize alongside diet, such as specializing and adapting to a more healthy lifestyle, regular exercise, maintaining cardiovascular health, lowering blood pressures, and even quitting smoking habits.

Walnuts, alongside the leafy greens, could also be a healthy snack against Alzheimer's. In a previous study, Omega-3 fatty acids, antioxidants, and other components can take over the intensity of cell-killing stress found in developing dementia. Walnuts are ranked as the second-best food with antioxidative properties out of the 1,100 foods tested. The study titled "Walnut Supplementation in the Diet Reduces Oxidative Damage and Improves Antioxidant Status in Transgenic Mouse Model of Alzheimer's Disease" was published in the Journal of Alzheimer's Disease.

With the prevention and awareness over the risks of dementia and Alzheimer's disease, the experts said that cases have a chance to slow down and even decrease each year. The efforts to maintain a well-lit lifestyle and diet would be enough to lower the risks of dementia and let the brain structure be equipped with beneficial nutrients that would be advantageous over neurological complications.