Kamoʻoalewa Quasi-Satellite Might Be A Piece Of Moon, Researchers Say

A near-Earth asteroid called 2016 HO3 - also known by its Hawaiian name Kamoʻoalewa - might be a part of the moon that broke off and is currently floating in orbit.

The item in question was discovered in 2016. It orbits the sun in an unusual orbit that keeps it near to the Earth at all times. Despite being too far away to be called an actual satellite like the moon, it is one of the most notable instances of a stable quasi-satellite. As of 2016, when Kamoʻoalewa was discovered, five others had been investigated and cataloged.

Because quasi-satellites tend to travel in an elliptical route, their distance from the Earth at any one time varies significantly from its spatial position a short time ago and in the same time frame in the future. 2003 YN107, one of the five quasi-satellites, took an elliptical route before wandering far away from Earth's orbit over a decade ago. Unlike asteroids like Bennu, these near-Earth objects do not represent a collision hazard, or at least none have ever gotten close enough to cause concern throughout the world.

The University of Arizona researchers claimed (via Science News) that Kamoʻoalewa might be a fragment of the moon that broke off at some time in its history and is currently circling the sun while remaining near to the Earth. 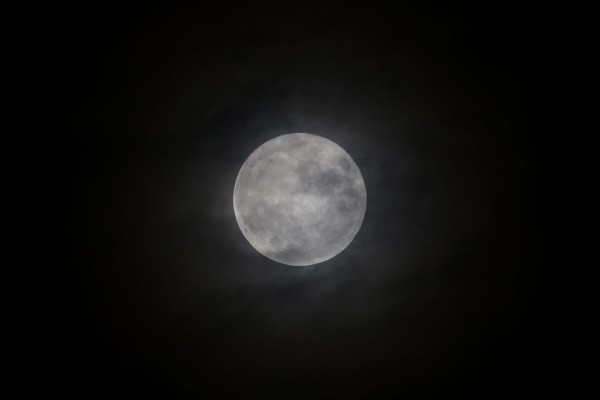 (Photo : Richard Heathcote/Getty Images)
HIGH WYCOMBE, UNITED KINGDOM - OCTOBER 31 : A Full 'Hunters Moon' is seen through thin clouds on October 31st, 2020 in High Wycombe, England. The second full moon of the month is known as a Blue Moon and this full Moon appearing on Halloween is known as the Hunter’s Moon, as this is the time of year when humans and animals alike are stocking up on food in preparation for the long winter ahead.

According to the study "Lunar Like Silicate Material Forms The Earth Quasi-Satellite (469219) 2016 HO3 Kamooalewa" published in Communications Earth & Environment, the quasi-light satellite's reflection spectrum differs from that of asteroids. It more closely resembles the lunar rocks recovered during NASA's Apollo missions.

A Quasi-Satellite Made Out Of A Natural Satellite

Scientists aren't sure how or why Kamoʻoalewa separated from the moon. Still, there are a few ideas, Science Alert said, including an impact event or a rotational break-up. However, compared to the reflectance spectrum of other near-Earth objects and pseudo satellites, the reflectance pattern of this near-Earth asteroid shows that it is formed of silicate-based material that is considerably closer to lunar silicates scientists have investigated. The 20 to 45-micron grains of Lunar regolith obtained as part of the Apollo 14 mission had spectra that were quite similar to Kamoʻoalewa's.

Another feature that supports the Moon-origin hypothesis for Kamoʻoalewa is its low relative velocity during its close approach to the Earth and its natural satellite. Sci-News said it roughly traveled at 2 to 5 kilometers per second. Other near-Earth objects' relative velocities at comparable approaches often lie in the range of 20 kilometers per second). However, more extensive observations are required to be sure of Kamoʻoalewa's Lunar origins, as recent research has shed light on a few additional possibilities. Another recent satellite investigation undertaken by Chinese scientists reveals that lunar volcanic activity happened far more recently than previously thought.

RELATED ARTICLE: NASA Artemis Program Taking the Next Step to Make Moon Nuclear Reactor a Reality in the Next 10 Years