Japan Will Bring Back Soil Samples from Mars Moon Phobos by 2029, Faster Than US and China

Japan Aerospace Exploration Agency or JAXA have announced a schedule for their next space mission. The launch will take place in 2024 and will include collecting soil samples from the Martian moon Phobos. The total span of the Japan space agency's mission will take 5 years, and the probe is expected to be back on our planet by 2029. According to Forbes, the key interest of the space agency's Martian mission is to examine potential clues of the planet's origin and to find a sign of life. 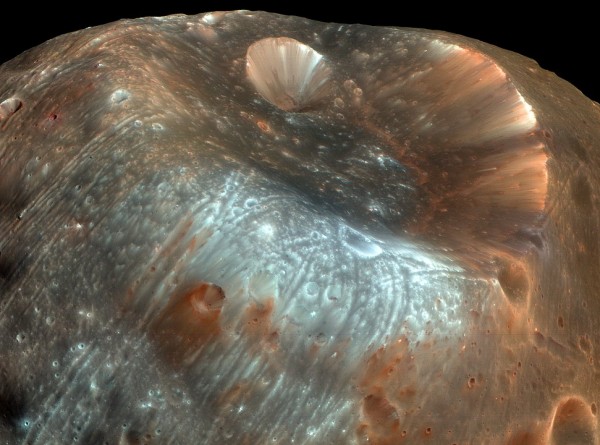 The Phobos moon mission of Japan is expected to be the first mission to bring back Martian soil samples compared to the leading countries that are currently in space and were first to touchdown on Mars, including the United States and China.

NASA's Perseverance was the first to successfully gather soil samples from one of the crates of the red planet, also known as the Jezero crater. The said rover will be back on Earth in 2031 through the assistance of the European Space Agency. On the other hand, China aims to bring back its samples to our planet sometime in 2030. The country was the second to reach Mars and deployed its rover on the red planet's surface alongside the few initial missions. Japan's space agency aims to beat the deadline of the two countries by bringing back soil samples as early as 2029.

JAXA's previous studies theorized that the moon Phobos has the missing puzzle piece to uncover the secrets that lie on the Martian planet. According to a report by PhysOrg, Martian Moon exploration project manager Yasuhiro Kawakatsu said that the Phobos' soil composition, about 0.1 percent, came from the planet Mars itself. To conduct a comprehensive investigation, Japan's Mars moon mission is to obtain 10 grams depending on the soil's quality.

ALSO READ: White Dwarf LP 40-365 Blasts Supernova with Heavy Metals Opposite and Out of the Milky Way

Origin and Life of Mars

National Institute of Advanced Industrial Science and Technology expert Tomohiro Usui said that Phobos could contain composition from Mars. The Martian moon's soil could potentially be a mixture of the Phobos' own soil structure and scattered materials from Mars. The expert adds that tracing the origin and uncovering hints of life at Mars is highly possible by collecting soil samples from numerous moon locations rather than a single spot on Mars itself. One of Usui's research, along with JAXA, was published in the journal Planetary Science, titled "Searching For Life On Mars And Its Moons."

JAXA theorized that the previous life on Mars had been wiped out due to Phobos having harmful radiations. Among the targets of the missions present on Mars, such as NASA and ESA, is to examine the Jezero crater believed to be a massive lake in its ancient form.

Usui said that the combined findings gathered from the Martian mission of NASA and JAXA could provide alternating ideas and a combination of unexpected findings that are still not clear today, including the existence and evolution of life on Mars.