The three forms of water are no secret to most of us. Ice, liquid, and gas have been stapled knowledge for generations. However, scientists from the University of Chicago and Carnegie Institute of Washington have found a new form of water using diamonds that produced superionic ice. 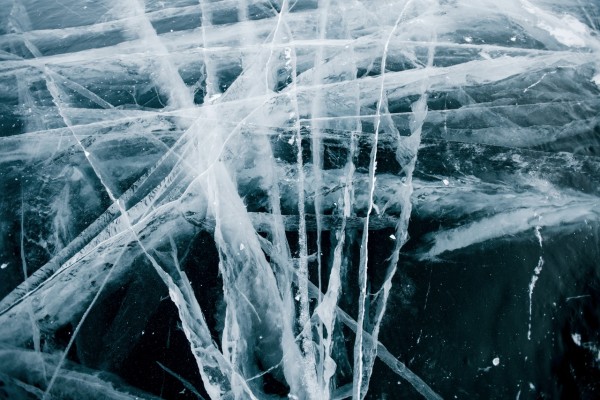 Water is a fundamental building block for life. It brin9gs life and growth to all organisms. Water covers roughly 80% of the planet's surface is the only substance that naturally occurs on Earth in all three states of matter.

When the water temperature is well below freezing, it exists as a solid (ice). Between the freezing and boiling point of it, it exists naturally as a liquid. And lastly, above the boiling point of approximately 212 degrees Fahrenheit, water, according to FreeDrinkingWater, exists as vapor or gas.

Scientists from the Carnegie Institute of Washington and University of Chicago have published a study in the journal Nature Physics, titled "Structure And Properties Of Two Superionic Ice Phases" that shows how extremely high temperatures and intense pressure creates "weird, black, and hot ice."

Scientists explained that X-rays could be produced when immense pressure given off by massive accelerators drives electrons to immense speed, almost the speed of light. When these X-rays are squeezed between the thin space of two diamonds, the hardest substance on the planet, the heat generated from the pressure produces a new form of water, superionic ice, reports TheHill.

The newly created superionic ice is observed to be less dense and darker in color due to its unique interaction with light, this produces ice form that is hot and black.

Vitalii Prakapenka, the lead author from the Center for Advanced Radiation Sources, University of Chicago, explains that conventionally ice is a cube with an extremely ordered lattice arrangement of oxygen atoms with its corners connected by the hydrogen atoms in the molecule. When it is transformed to the new form of water's superionic phase, the lattice expands, allowing the previously bonded hydrogen atoms to migrate around the structure while oxygen atoms remain in the ordered positions.

Ice similar to the new form of superionic ice resides deep inside planets such as Uranus and Nepture, with scientists only able to catch a quick glimpse of it through water droplets. However, Prakapenka's novel research shows a new way to purposively create, sustain, and analyze the weird, hot, black ice known as superionic ice.

Accurately mapping the conditions where different phases of ice may occur is vital in understanding the complex mysteries of planet formation and where to look for signs of life in other planets.

Check out more news and Information on Chemistry in Science Times.