Scientists from the University of Minnesota Twin Cities collaborated with researchers from Kiel University in Germany to create shape-shifting ceramic materials to improve medical devices and electronics. They found that exploding and weeping ceramics could open a path towards their goal.

They described their full findings in their study, titled "Exploding and Weeping Ceramics" published in the journal Nature. 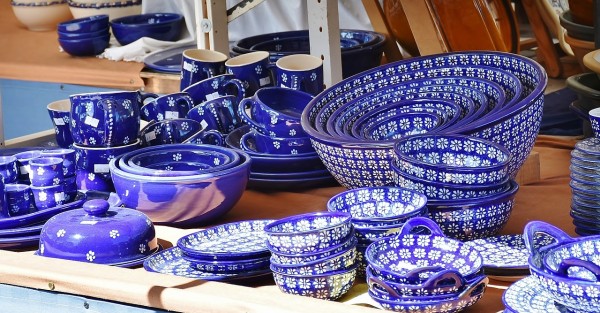 Ceramics are usually used in creating coffee cups, plates, and other kitchenware. But they easily break into several pieces when dropped because they are brittle and cannot withstand even the slightest deformation.

On the other hand, Phys.org reported that ceramics are also used in electronics and can sometimes be semiconducting, ferroelectric, superconducting, or insulating, depending on their composition. More so, they are non-corrosive and make a wide variety of products, such as fiber optics, spark plugs, space shuttle tiles, chemical sensors, and medical devices.

Furthermore, the other end of the materials spectrum is shape-memory alloys, known as one of the most reshapable materials. Due to their tremendous deformability, they make excellent medical stents, which are the backbone of the medical device industry in both the Twin Cities area and Germany.

Their shape-shifting behavior stems from the solid-solid phase transformation. According to Science Direct, this transition is often observed in single-component systems and solely takes place in the solid phase without entering the liquid phase through changing temperature or pressure.

Researchers said that creating a reversible shape memory ceramic is not easy as they tried several recipes to finally discover the new metallic shape memory materials, Phys.org reported. They tried delicate tuning of the distances between atoms to make two phases fit together.

However, some specimens exploded during phase transition instead of improving deformability. On the other hand, some specimens also fell apart and turned into a pile of powder in a phenomenon known by scientists as weeping.

Study co-author Richard James said that their discovery of shape memory ceramics is a novel kind of functional material that can function in high temperature or corrosive environments. However, he noted that he is most excited with the prospect of using new ferroelectric ceramics that can be used to generate electricity from small temperature differences.

Eckhard Quandt, a co-author of the study, added that their experiments showed ceramics are incompatible and explode or decay and the theory developed in this study shows the way to get to the desired compatible shape memory ceramics.