Doctoral candidate Josie Granner, from the University of Michigan School of Nursing, recently co-authored research with professor of nursing Julia Seng, that utilizes theories of post-traumatic stress disorder or PTSD to help inform perinatal clinicians on how to deal with psychological trauma in their patients.

A Medical-News.net report described Granner as an expert studying the childbearing year for new parents, particularly the survivors of PTSD.

Essentially, people suffering from trauma earlier in their lives are more likely to suffer from psychological trauma during pregnancy. 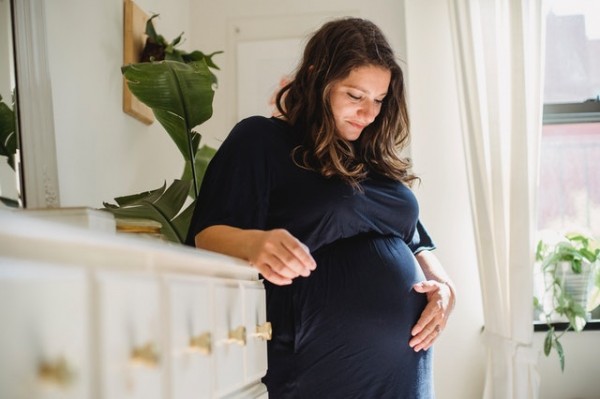 (Photo : Amina Filkins on Pexels)
People suffering from trauma earlier in their lives are found more likely to suffer from psychological trauma during pregnancy.

In a study published in Journal of Midwifery & Women's Health, the authors specified that exposures to psychological trauma that are particularly noticeable to the childbearing year comprise childhood maltreatment or adverse experiences during childhood, past traumatic birth or loss, previous medical or sexual trauma, and unfair or inequitable care.

Additionally, PTSD rates are more than thrice higher in lower resource, urban backgrounds, where the population is mostly Black, compared to the general female population.

Effects on Patients During Pregnancy, Childbirth and After Delivery

As indicated in this report, childbearing years can be challenging for trauma survivors, especially if the condition was done by another person, like neglect, household dysfunction, sexual assault, and abuse, among others.

PTSD, as described in Mayo Clinic, is the most protruding long-term effect of trauma, although it is common for trauma survivors to experience anxiety and depression.

Many trauma survivors are not diagnosed with such mental health conditions, although their trauma may still impact them. Specifically, pregnancy, childbirth, and early parenting can be a time when post-traumatic symptoms actually worsen.

That's because the childbearing year has a lot of triggers or reminders of previous trauma that make an individual feel like the trauma is occurring again.

Other survivors of trauma are not experiencing any post-traumatic reactions. However, they are still using the time in pregnancy to think about how they ought to parent differently than how they were raised and keep their child safe.

Trauma survivors can be re-traumatized during pregnancy and it can possibly affect parenting. Typical triggers in perinatal care include unwelcome touch or positioning of the body, fear or dread, susceptibility dynamics, being disrespected, and losing control.

During childbirth, some individuals react to such triggers by dissociating where feelings, memories, thoughts, or sense of smells, among others, are disconnected. It can feel like what is happening is unreal to other people, such as watching a play, TV series, or movie.

Those who react to triggers by dissociating are more prone to experiencing PTSD afterbirth, impaired bonding with their newborn, and postpartum depression.

That's why it's so important to discuss how trauma affects the childbearing years, so survivors get the necessary support.

Everyone is feeling exhausted and overwhelmed following childbirth, although some are experiencing PTSD or postpartum depression that's definitely upsetting their life.

As a result, this then can make bonding with the child more challenging. In life's first year or so, bonding between mothers or caregivers and infants is crucial, and impaired bonding can adversely affect a child throughout his life.

Related information about PTSD after pregnancy is shown on UTSWMed's YouTube video below:

RELATED ARTICLE: Depression During Pregnancy: How Does It Affect Mothers' Relationship with Their Babies?