Virgin Galactic named its first sweepstakes winner on Wednesday, who will be sent to space by the space tourism corporation. The winner, Keisha S. (the corporation has suppressed her last name), is a wellness coach from Antigua and Barbuda.

She will be the first person from the Caribbean islands to travel to space. She plans to bring her astrophysics-majoring daughter along as a passenger on the spaceship.

Keisha has been awarded two tickets on Virgin Galactic's VSS Unity spacecraft. That's a $900,000 value; now, Virgin Galactic is selling seats for $450,000 each. 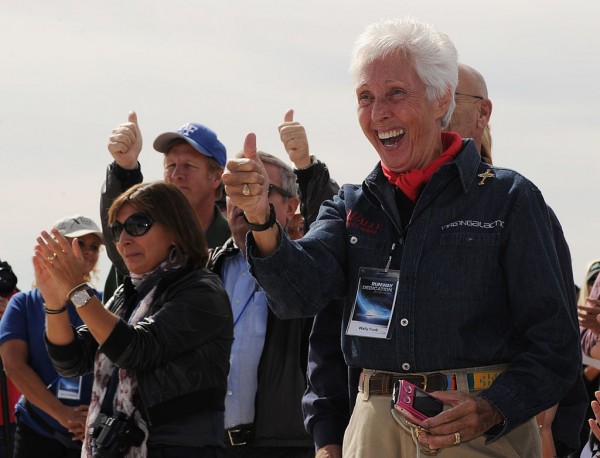 Following the successful launch and return of its Unity 22 mission, which transported Virgin Galactic founder Richard Branson to space, Virgin Galactic revealed its plan to raffle two seats on their spaceship in July. According to Virgin Galactic, more than a hundred thousand individuals donated to the contest, which raised $1.7 million in eight weeks after it began in July. The money raised will go to Space for Humanity's Citizen Astronaut Program.

The Unity 22 mission, which launched from Spaceport America in New Mexico, took Virgin Group founder Richard Branson and three other crew members, as well as two pilots, into suborbital space.

Keisha intends to go to space and back with her astrophysics student daughter.

"I've always had a lifelong love of flying and a fascination with space, and this is truly a dream come true for me," Keisha said in a statement. "It means the world to me. I hope to share this experience with my daughter, so together we can inspire the next generation to follow their dreams."

Space.com said Space for Humanity founder Dylan Taylor is planning a trip to space soon, but not with Virgin Galactic. Taylor is one of six crew members on Blue Origin's New Shepard suborbital vehicle's next mission, which is set to launch on Dec. 9 from West Texas, Science Times said.

Taylor's crew includes Michael Strahan, the anchor of Good Morning America and a former NFL player, and Laura Shepard Churchley, the daughter of Alan Shepard, the first American to reach space in 1961. (He is commemorated by the name New Shepard.)

The trip that will transport Keisha S. and her daughter has yet to be scheduled by Virgin Galactic or Omaze. However, that won't happen for a while; Virgin Galactic is now completing maintenance and upgrade work on VSS Unity's carrier plane, VMS Eve, and the two won't likely fly together again until mid-2022, according to the company spokespeople.

Sweepstakes in Collaboration With Omaze, Space for Humanity

The contest was organized in collaboration with Omaze, a fundraising platform, and Space for Humanity, a non-profit dedicated to ensuring a more inclusive future in space.

After Branson and five other team members completed the company's first fully crewed flight test in July, the sweepstakes began. The competition received donations from 164,338 people from all across the world for eight weeks.

Omaze CEO and co-founder Matt Pohlson - who, together with Branson and Space For Humanity executive director Rachel Lyons, surprised Keisha with the good news - said they "couldn't be more delighted" for her.

RELATED ARTICLE: NASA Plans to Buy More Seats From Private Sectors to Ferry Astronauts To and From the International Space Station

Check out more news and information on Virgin Galactic in Science Times.