A two-year-old boy was given just months to live because of a rare genetic condition he is suffering from. His Chinese Dad is determined to save him from the illness, even by developing the medicines himself.

The Straits Times reported that Haoyang, the sick boy, was found to have just a short time to live due to his illness and the only medicine that can help his condition is not available anywhere in China, and the borders in China are closed because of the pandemic. So, he cannot travel to undergo treatment.

Xu Wei, a desperate dad, has built a home laboratory to develop a remedy for his sickness. The 30-year-old father said he did not have time to think about "whether to do it or not." What he knew was what was needed to be done.

The laboratory was a DIY lab constructed in a high-rise apartment building located in southwestern Kunming. 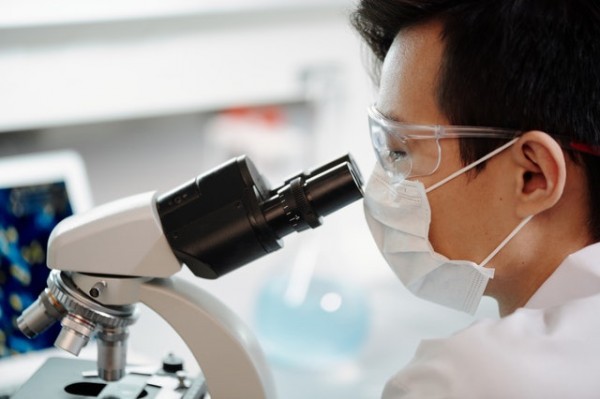 (Photo: Edward Jenner on Pexels)
Xu Wei, this desperate, dad has built a home laboratory instead to develop a remedy for his 2-year-old son’s rare genetic condition.

The boy has Menkes Syndrome, a genetic disorder that affects how copper, essential for developing the brain and nervous system, is processed.

According to the Genetic and Rare Diseases Information Center, the symptoms usually occur within the first few months after birth, and those suffering from the condition have low chances of surviving beyond the age of three.

However, Xu, who has only high school educational attainment, and operated a small online business before his son turned ill, is determined to give the child a fighting chance.

Although he cannot speak or move, the Chinese dad said, describing his son, the boy "has a soul and feels emotion."

After learning the disease was untreatable, and the only medication that could help alleviate the symptoms couldn't be found in China, he started to research and teach himself pharmaceuticals.

The father said his friends and family were against his decision to develop the medicine. People told him it was impossible, he recalled.

Another challenge he encountered was that most online documents on Menkes Syndrome were in the English language, but undeterred, Xu used translation software to understand them before he set up a home lab in his father's gym, Medical Xpress specified in a similar report.

To determine if the discovery of copper histidine could work, he devised the equipment to develop it himself, mixing "copper chloride dihydrate" with histidine, water, and sodium hydroxide.

Now, Xu is giving Haoyang a daily dose of that homemade medicine, which provides the child with some copper missing from his body.

According to the amateur chemist, a few blood tests went back to normal two weeks following the treatment.

Although Xu said, pharmaceutical firms had expressed little interest in not much information or data because his homemade treatment does not have commercial value and the user group is quite small.

He would have traveled overseas to bring back treatments for Haoyang from specialist centers abroad on normal conditions. However, China has closed its borders largely since the onset of the pandemic.

To test the vial, Xu initially experimented with rabbits. Then, he injected them into his own body. Describing the test result, he said the rabbits were fine, and he was fine too. So, he tried it on his son.

Despite the good news, rare diseases specialist Professor Annick Toutin from the Tours University Hospital in France said the copper treatment only works against certain genetic abnormalities and, if administered quite early on, in life's first three weeks.

She added, after that, the said treatment will lessen symptoms minus resulting in recovery. Xu, for his part, has accepted the fact that his homemade medicine can only delay or slow down the disease.

Report about this Chinese dad who developed medicine for his child's rare condition is shown on SHOWSHA's YouTube video below: