The human ancestors that existed during the early Earth could walk on two legs between 7 to 6 million years ago. This period changed the course of primate humans in their evolution and modified the way of their living. The event was among the essential aspects that made modern humans what they are today.

Throughout the history of evolutionary studies, experts consider the same transition as a mark of the difference between the human lineage and the broad species of apes. The walking primate ancestors developed through time and eventually reached the root of humanized civilizations; however, the reason why the first walking primates stood up on two feet and walked is still a puzzle for the scientific community.

How and Why Humans Learned to Walk Still a Mystery 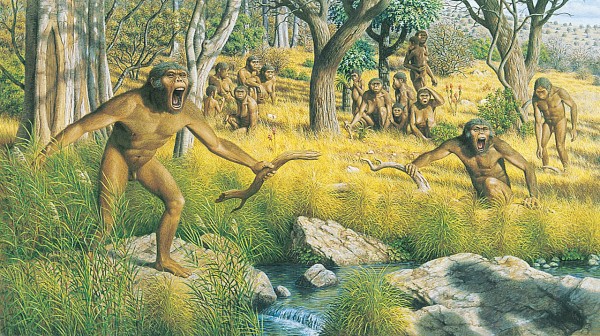 Although the first human ancestors learned how to obtain bipedal skills 7-6 million years ago, the hominins perfected how to walk on both feet just 2 million years ago. The interval between the walking stage of humans may seem to be short, but there are numerous phases that our ancestors passed through before walking by their feet.

There were few clues from fossils that were unearthed before, but the limited information gathered from those was not sufficient to complete the entire puzzle. In a new study, researchers discovered contributing evidence that could help us visualize more about how and why the primate ancestors walked using their legs and feet. The comprehensive findings were collected from the remains of Issa, an early female human from the species of Australopithecus.

Was Issa the 'Missing Link' Between Prehistoric Primates and Walking Humans?

University of the Witwatersrand paleoanthropologist expert and author of the study Lee Berger said in a ScienceAlert report that Issa could walk in a pattern similar to a human but could climb similar to an ape. Understanding how humans walked millions of years ago includes the details of the skeletal system of primates. Compared to their natural form, a primate with a human-like stance must undergo various evolutions in their anatomy that is most noticeable from the spine down to their knee joints.

Lordosis holds the key to differentiating animals from humans. This part is the curve on the spine that is pushed inward the body. The main function of lordosis in humans is for the individual to have balance and endurance with their upper body weight.

The first to present clues on the missing link of bipedal evolution was the two million-year-old fossil from the species of Australopithecus sediba. The female human primate was unearthed from one of the regions of Mala in South Africa in 2008, but there are limiting aspects that revolved around the remains, as experts can not distinguish her spine from a modern curvature or ancestral straight.

In new research, Issa presented a much larger detail. Her finger was fit for climbing trees, but at the same time, her femurs and knee joints were perfect for standing upright. The study was published in the journal eLife, titled "New fossils of Australopithecus sediba reveal a nearly complete lower back."