Engineers from ETH Zurich University, led by Professor Aldo Steinfeld, have built a plant that can produce carbon-neutral fuel from sunlight and air. Synthetic liquid fuels release as much carbon dioxide during combustion as previously extracted from the air during its production.

They are now looking forward to taking this technology to an industrial scale and achieving competitiveness. More so, they emphasized how this novel solar reactor functions and outlined a policy framework that would bring forth incentives to expand the production of the solar kerosene that can be used in aviation and maritime transportation. 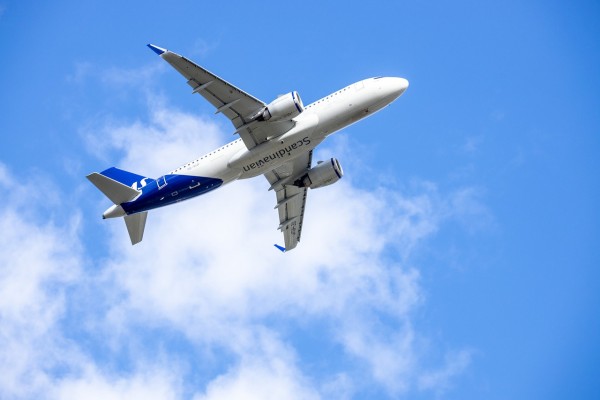 Solar Kerosene: Airplane Fuel Made From Sunlight and Air

According to Colorado-based advanced biofuels company, Gevo, Inc., carbon-neutral fuels are somehow similar to petroleum-based fuels on a molecular level. The only difference between them is the carbon used to create them. Capturing the right kind of carbon into the process is a real game-changer.

Meanwhile, the engineers from ETH Zurich University are creating a carbon-neutral fuel in three steps to generate a more sustainable airplane fuel.

As Euronews.green reported, the first step involves an air capture unit absorbing the carbon dioxide and water molecules from the air. Then it proceeds to the second step, which uses a solar unit to extract energy from the sun and then turns these elements into syngas, a mixture of carbon monoxide and oxygen. The last step is turning the syngas into a liquid, which they call solar kerosene.

The testing of this technology began two years ago, in 2019, but it is only now that they have confirmed that the technology is "stable and reliable."

They described the new technology in full in their study, titled "Drop-in Fuels from Sunlight and Air," published in the journal Nature.

Based on the process highlighted in the study, the fuel would cost an estimated $1.35 to $2.24 (1.20 to 2 euros) per liter if produced on an industrial scale. According to Science Daily, desert regions are suitable production sites for high solar resources.

Furthermore, the engineers said that the technology enables scientists to meet global demand for jet fuel using less than 1% of the world's arid places and does not compete with food production or livestock feed resources.

They also noted that using materials made from renewable energy and carbon-neutral methods in building the production facility can further reduce carbon emissions to close to zero.

However, political support is needed to secure their market entry due to high initial investment costs. The team proposes adopting a European technology-specific quota system for airplane fuel that will require airline companies to acquire a specific share of their fuel from solar sources.

They recommend a share of at least 0.1% in the earliest phase when the price of solar kerosene will be high, and production capacities are low. This could promote the construction of production facilities that could someday set lower prices. Then the quota could gradually increase until solar kerosene pull of a market breakthrough and would no longer need further support measures.