The International Space Station (ISS) will have a new docking port attached to one of its modules. To make space for the slot, a Russian cargo ship departed the space laboratory last November 25. As soon as the uncrewed craft turns over the slot, the en-route docking port will equip itself to the space station once it reaches orbit. 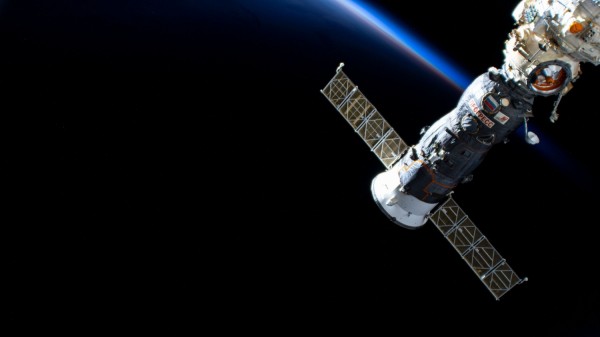 The said cargo ship that recently departed the International Space Station was the Russian cargo ship known as Progress 78. The craft also called the Progress MS-17 was previously attached to one of the space station's laboratory modules called Nauka. The trajectory of the unmanned crew is expected to reach the atmosphere of our planet. Space reported that the module's slot would be made available for the Russian docking port called Prichal, which will serve as a new outlet in the International Space Station. The port will reach the space lab a few days after its launch last Wednesday, November 24.

Russian cosmonaut and ISS crewmember Anton Shkaplerov announced in their social media outlet that the space station is expecting the arrival of the Prichal docking port module after the Progress 78 departed.

The detachment of Progress 78 cargo ship and the arrival of the Prichal module was made amidst the festive Thanksgiving holiday in the United States. The holiday will also be celebrated in the space station, as the crew members will feast over a specialized meal based on the traditional turkey on Earth.

The @Space_Station is ready to receive the #Prichal module!

The #ProgressMS17 undocked from the Nauka module, vacating the docking port for the Node Module. The Progress has removed a docking unit adapter, which ensured docking of Soyuz and Progress spacecraft with the Nauka. pic.twitter.com/R9JWpxuNFN

The Prichal port's name was inspired by the Russian translation for the pier. The entire module is composed of advanced compartments that total up to 4 tonnes in weight. The module is expected to expand the operation in the International Space Station due to its six docking ports. The habitable space on the station would also be expanded by 14 cubic meters, making the environment added with wider space for the astronauts. All of the docking ports of the Prichal will be connected to the Nauka laboratory that was developed to serve as a multipurpose module and could link to other modules. Among the six docking ports of the Prichal, one will be connected to the Nauk, and the remaining five will be dedicated to additional space vehicles that will visit ISS in the future.

The Russian space experts launched Prichal as part of a greater study that tackles the possibility of space habitation in a long-term scenario. The Progress 78, which will make way for the incoming Prichal, was launched by Russia's space agency Roscosmos in late June this year. The cargo ship was sent to the International Space Station to deliver the astronauts' space supplies and devices for maintenance that weighed a total of 1,630 kilograms.

The Progress 78 cargo ship is expected to meet its end after it departs from the space station. The ship's trajectory is directed towards the Earth's atmosphere to burn itself. Roscosmos said that the remains of Progress 78 are anticipated to land on the Pacific Ocean.