Russia recently admitted that they were responsible for firing an old satellite in space. The incident nearly hit the International Space Station and the seven crewmates of the Expedition 66 that was aboard the laboratory. The Russians destroyed one of their defunct satellites called the Cosmos 1408 as part of their anti-satellite missile project or ASAT. The said satellite weighs 2 tonnes and is categorized as a Tselina-D spysat. The first operation of Cosmos 1408 began in 1982, which makes one of the most obsolete instruments that are currently hovering in orbit. 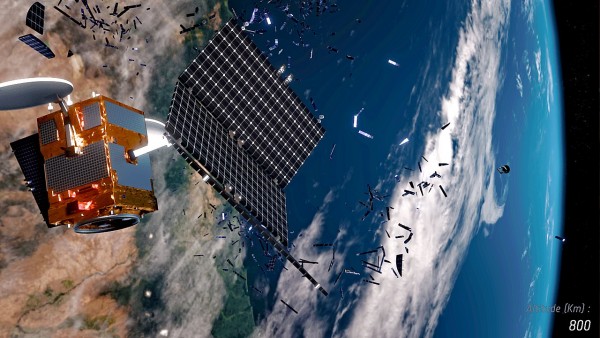 The out-of-commission satellite from Russia was bombarded with the ASAT mission last November 15. The results from the mission were seemingly successful, shattering Cosmos 1408 into fragments that, according to a Space report, total to an estimate of 1,500 debris. The pieces are too many to track, and a single clean-up drive on a robot might not get ahold of those individual fragments. The worst part is that it will add to the collective space junks that are literally hovering near the face of the Earth.

Along with the massive debris from the Cosmis 1408, there are obviously small pieces that were developed as a result of the ASAT strafe. Even though there could be a potential approach that would let experts recover some of the biggest debris from the satellite, the smallest pieces would still be hard to detect. Cosmos 1408's shattered space junks may possibly add problems in future travels and research missions on space in the future. Regardless of being big or small, there are many dangers that the Russian satellite scraps could inflict on vehicles that will pass by the orbit. Among the few things that the fragments could relay to their victims are system glitches, navigation issues, and damages to the space vehicles.

Regulation Against Irresponsible Contribution of Scrap on Space

Space junks have been studied for many years, and there are companies that are already developing their own technique to help the environment on Earth's orbit clean and scrap-free. There are also treaties in place to regulate space debris and prevent the accumulation of space junk on our planet's premises.

But according to University of Texas space debris specialist Morhiba Jah, the recent event with the Russian ASAT is not enough to push authorities and the space community to take action. The expert said that there are obviously repercussions stated following the event, and the consequences are nowhere to be found. Although the incident may have endangered everyone from the ISS and could inflict issues on other missions in the future, there are still conclusive factors that would ban anyone from doing the same actions.

On the other hand, governments and international space agencies expressed their concern following the unfortunate event. Recently, the US Federal Communications Commission's Nathan Simington also voiced out regarding the matter. According to the commissioner, the space junks on the orbit of the planet present an existential threat. Although space is a global resource, there are still no governments or institutes that own the environment. Simington said that their group in the US government is condemning the reckless actions of Russia over their ASAT operation.