Earth's Solar System includes several planets, moons, stars, satellites, and the Sun. Despite their size and characteristics, they all have one thing in common--their shape. Planets, much like almost all celestial bodies in the Solar System, are spherical. The question now is why?

What is the Solar System? 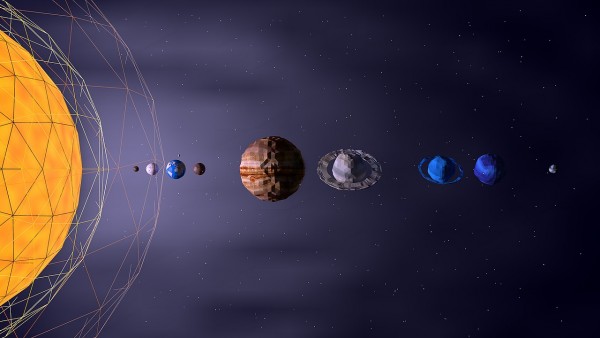 The Solar System, according to NASA, is coined from the Latin word "solis" due to the Sun. It is located on the outer spiral arm of the Milky Way galaxy.

The Solar System consists of the Sun and all things bound to its immense gravity, such as the planets, dwarf planets, numerous moons, millions of asteroids, comets, and meteoroids. Beyond this solar system, science has allowed scientists to peer into distant edges within the galaxy discovering thousands of other planetary systems orbiting their own stars in the Milky Way.

ALSO READ: Thanksgiving in Space: This Is How Astronauts Celebrate the Holiday Aboard the International Space Station

Why Planets, Moons, and Stars Are Round?

For thousands of years, humans have known that Earth, our planet, is round. Just as the Sun and the Moon appear to be round, so does every planet within our Solar System. But why is it that the favorite shape of the solar system, be it planets, minor celestial bodies, moons, and others is round or sphere?

First, according to BigThing, we must recognize that matter tends to clump together in various amounts. Atoms, subatomic particles such as free electrons and atomic nucleus, according to Fermi National Accelerator Laboratory, exists in abundance in stellar systems. Atoms link up to form complex molecules that can freely exist or as a part of other systems, wherein the molecules themselves can come together in varying amounts.

Although electromagnetic and nuclear forces are in play, both can easily be overwhelmed by other forces when large amounts of mass clump together. In truth, the weakest force---gravity, wins every time. Regardless of an object's type, origin, phase, or nature, it will inevitably contract until it is a single gravitationally bound object.

Simply put, the Solar System is riddled with round and spherical planets, stars, and moons due to chemistry and physics. As movement occurs at a subatomic level, attractive and repulsive forces on both micro and macro scale push matter into compact circular objects in a constant loop due to gravity.

Although there are many factors to consider in determining the shape of objects, there are three main bodies into which they fall.

First, suppose an object is too low in mass or small in terms of composition. In that case, it will take whatever shape that happens upon it--chance mechanism, roughly 200 kilometers in radius objects have the said property.

Secondly, if the object is more massive, its initial shape will reconfigure into a more circular and spherical shape once a threshold of 200-800 km in radius, varying on composition, is crossed. On the other hand, if a distortive event occurs on the object, it will most likely keep the imprint of the event.

Lastly, objects above 800 kilometers in terms of the radius will be in hydrostatic equilibrium where gravity and rotation will determine their shape with the possibility of minor imperfections.