Tropical Glaciers are the New Victims of Climate Change 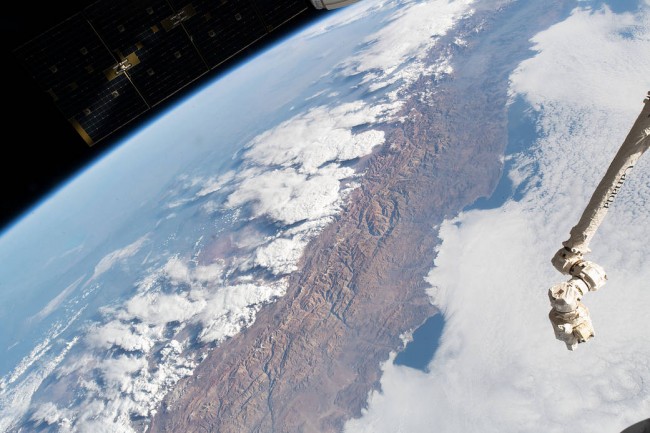 (Photo : NASA) The majestic snow-capped mountain range of the Andes experience the first-hand effects of fires from the Amazon Rainforest.

Tropical glaciers may be lesser known compared to polar glaciers, but they suffer the effects of climate change as well. A new study done by researchers from Brazil shows how the recent fires in the Amazon rainforests affect the tropical glaciers in the Andes and, if the melting persists, will it cause a water crisis in the region.

WHAT ARE TROPICAL GLACIERS?

To come up with an illustration to support their claims, the scientists modeled the movement of the smoke particles from fires in the Amazon on the Andean glaciers from 2007-2010 and compared it to satellite images. What the scientists saw was an alarming image that may have an impact all over South America.

The study traced the cause of melting to the aerosols that were produced during the burning of the forests, making the surface of the tropical glaciers of the Andes darken in color. Black carbon and dust particles are also found to be lodged in the glaciers prohibiting its albedo or the ability to reflect sunlight hence speeding up the rate of its melting up to 14 percent.

In an article by BBC, Dr. Newton de Magalhaes Neto of the Rio de Janeiro State University explains that the deforestation of the Amazon rainforests, especially in the countries of Bolivia, Peru, and Brazil, cannot and should not be treated as a regional issue. He said: "They have social implications at the continental scale, because accelerating the loss of glaciers increases the risk of a water crisis and the vulnerability of several Andean communities in response to climate change."

READ: Climate Change and its Dire Consequences: Two New Studies Warn Us of Our Future

CAN THE TROPICAL GLACIERS BE SAVED?

Proving their hypothesis is not a simple task. One of Dr. Magalhaes Neto and his team's goals is to prove that the smoke plumes from forest fires can actually reach the glaciers in the Andean mountains. Through atmospheric data, it is shown that the smoke or, more specifically, black carbon were carried by the wind and were deposited to the tropical glaciers. The team then focused their attention on the Zongo glacier in Bolivia, where the darkening is most rampant. Here, they noticed that a decrease in the glacier's ability to reflect light. "Once deposited on to the glacier, the black carbon darkens the ice surface, which reduces its ability to reflect solar radiation." Dr. de Magalhaes Neto said.

This study is able to highlight a significant result. However, the findings are not surprising for scientists because this phenomenon has been experienced throughout the world, specifically the polar glaciers. "Greenland receives large amounts of black carbon from fossil-fuel origin due to North America and European industrialization. Black carbon from the burning of fossil fuels and biomass throughout the northern hemisphere has accelerated glacier melting in the Arctic as well."