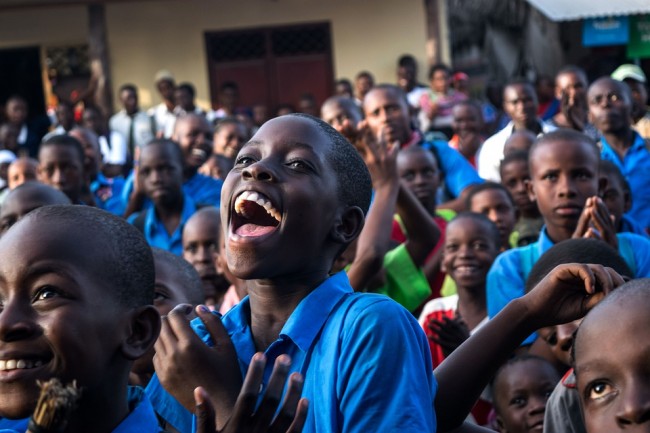 Around 2.2 billion people struggle to get fresh drinking water because they do not have safe access to them. This situation seems pretty ironic considering that Earth is 2/3 water. Luckily, the NGO GivePower made a solution to this ongoing problem. They have installed a solar-powered plant that transforms ocean water into fresh drinking water, and it could help around 25,000 people every day.

GivePower's solar-powered plant is not their first project. They recently had huge success in installing a new plant that transforms saline water into drinking water in Kiunga, which is a small town in Kenya and even had its pilot test in August, which has already improved the lives of residents of the town. The non-government organization does not plan to stop there, and they want to use the technology in other places. This technology was able to provide drinking water for 25,000 people.

Even though 1/3 of people do not have access to drinking water, the problem is bigger in some areas, especially in sub-Saharan Africa. Therefore, the Kenyan town of Kiunga was chosen for the installment of this solar-powered plant specifically to tackle this problem and help as many people as possible. After this success, the organization is already planning similar projects in Haiti and Colombia. They can provide even more and supply 35,000 people with drinking water for 24 hours a day.

The desalination process that is important in turning ocean water into drinking water is expensive and power-consuming. This is why GivePower used solar energy as it can be a long-term solution to this issue. GivePower installed what they call a solar water farm in Kiunga that stores solar energy through solar panels. They can produce around 50 kilowatts of energy and can power two water pumps for 24 hours a day.

This technology is life-changing for regions like Kenya, where more than 1/3 of the people do not have access to clean and safe drinking water. Before the installment of the solar-powered plant, people had to travel for more than an hour to get clean and safe drinking water for them and their families. Since every single drop of freshwater is precious, they would bathe and wash their clothes in salt water, which is harsh on the skin.

The president of GivePower, Hayes Barnard said that children who are living in the villages with no clean water got scars on their stomachs or their knees because they got so much salt in their wounds. They were poisoning their families with saltwater. The installment of the solar-powered plant did not only help them with that, but it also saved them for numerous diseases since the water that they earlier used was full of parasites and pollutants.

The technology is a huge step for humanity

Around 844 million people around the world do not have access to clean drinking water, and among them are 300,000 children who die every year because of water-borne diseases. Around 2 billion people who live in water-scarce regions and as many as 3.5 billion could experience water scarcity by 2025, according to the World Health Organization.

Barnard said that humanity needs to take swift action to address the increasingly severe global water crisis that faces the developing world. With the background of GivePower in off-grid clean energy, they can immediately help by deploying solar water farm solutions to save lives in areas throughout the world that suffer from prolonged water scarcity.

The NGO has given more than 2,650 solar-powered energy systems to medical clinics, villages, and schools in 17 countries. They are now focusing on the most important use of sustainable energy, which is clean water. They are actively researching four additional locations to give their solar water farm technology.