Fortified Shellfish May Reduce Vitamin Deficiency Around the World

Shellfish are known to be a healthy source of protein and omega-3 fatty acids. In a recent discovery, fortified shellfish around was found to be packed with vitamins enough to help solve the problem of vitamin deficiency around the world.

In a study published in the journal Frontiers of Nutrition, a team from Cambridge University described a solution to nutrient deficiencies that cause numerous health problems all over the world. Their discovery of fortified shellfish is enhanced with "Vitamin Bullets."

Fortifying food with extra nutrients has been a practice for many years to help people with nutrient deficiencies. However, up to two billion people all over the globe still suffer from nutrient deficiency, which leads to severe health problems such as diseases, abnormalities, and premature death.

The Cambridge Department of Zoology scientists, alongside the local company BioBullets, have collaborated to find a sustainable source of protein from bivalve shellfish. They conducted experiments on oysters, clams, and mussels.

Dr. David Aldridge and his student David Willer created a microcapsule--the first in the world to contain nutrients from shellfish. These were customized to a particular size, shape, and buoyancy for bivalves to consume.

When the shellfish are fortified with the Vitamin Bullets, they digest all the nutrients with it. The team simultaneously targeted shellfish for nutritional fortification while testing their microencapsulation technology.

In the study, they fed more than 100 oysters with microcapsules of Vitamin A and D to find the optimal dose. They concluded that feeding shellfish eight hours before being harvested and served worked best. 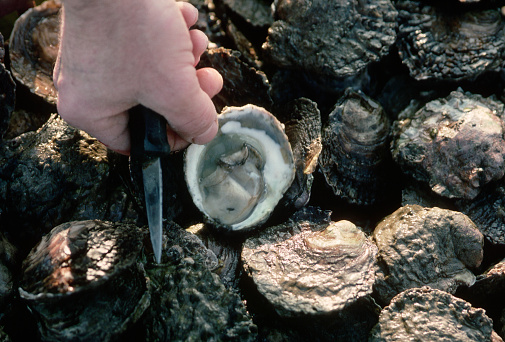 The team also determined that a single serving of two fortified oysters met the daily Recommended Dietary Allowance (RDA) of Vitamins A and D. Willer said, "We have demonstrated a cheap and effective way to get micronutrients into a sustainable and delicious source of protein. Targeted use of this technology in regions worst affected by nutrient deficiencies, using carefully selected bivalve species and micronutrients, could help improve the health of millions, while also reducing the harm that meat production is doing to the environment."

Aldridge shared, "we are very excited about BioBullets' potential. We are now establishing links with some of the world's biggest seafood manufacturers to drive a step-change in the sustainability and nutritional value of the seafood that we consume."