NASA astronauts Bob Behnken and Doug Hurley are on board the Crew Dragon spacecraft. The American spacemen are on the way to return to Earth, with a splashdown expected on Sunday afternoon, August 2. This will conclude the two-month orbital trip done through a crewed mission, with a commercial spacecraft. 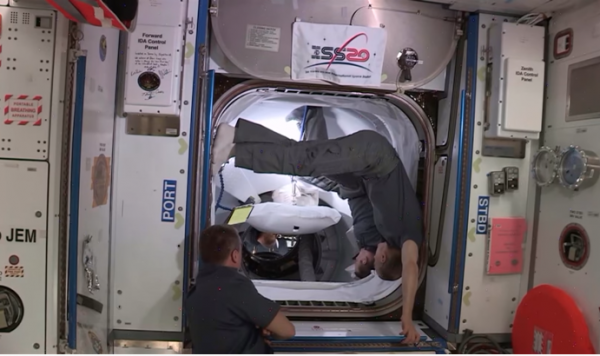 Back in August 2018, NASA announced that Douglas "Doug" Hurley and Robert "Bob" Behnken will be the primary crew to man the NASA-SpaceX collaboration. Both Behnken and Hurley are Space Shuttle program veterans and the upcoming space mission is both the third space trip for their respective records.

The SpaceX Crew Dragon was first set to launch on May 27, Wednesday, at 8:30 PM. However, increased lightning activity in the launch area forced the command to scrub the launch plans, seventeen minutes before the scheduled takeoff. The rocket that will carry the payload was exposed to a lightning risk in the electrically-charged skies at the time.

After the scrubbed launch, it was rescheduled on May 30, to a successful attempt amidst 50% probability of favorable weather conditions. Shortly after the launch, Behnken and Hurley announced the name of their Crew Dragon spacecraft as "Endeavor," following NASA tradition of astronauts naming their crafts. The SpaceX vessel is the third US spacecraft to use the name "Endeavor," after the 1971 Apollo command and service module and the 1991 space shuttle orbiter.

Nineteen hours after launch. Endeavor approached the International Space Station, with Hurley manually piloting the vessel until it was 720 feet away from the docking ports. Afterwards, the automated docking program landed Endeavor on the ISS docking ports.

After joining the US-Russian space team of the Expedition 63 in the ISS, Behnken and Hurley stayed docked for 63 days. On August 1, the SpaceX Crew Dragon participated in a farewell ceremony aboard the ISS before preparing for the undocking procedure.

Following the schedule, the vessel carrying Behnken and Hurley are expected to make the splashdown on the Gulf of Mexico, off the Coast of Florida, at around 2:48 PM EDT. It marks the completion of the first piloted Earth re-entry of a SpaceX Crew Dragon craft, which will help SpaceX's certification efforts for its crew transportation system. After the 2011 Space Shuttle mission, NASA only used the Russian facilities, most notably their Soyuz rockets, to send astronauts into the ISS.

RELATED: SpaceX, NASA On the Lookout Before Endeavor Splashdown

Moreover, it will also mark the first ocean landing by NASA in 45 years. The last American mission to make a splashdown was the Apollo-Soyuz mission, a joint project between the US and the USSR, in July 1975.

With the impending Crew Dragon splashdown, the prospects of a American astronauts getting to and from space in US-made spacecraft is a step closer to reality. The NASA Commercial Crew program sees the space agency team up with industrial and commercial aerospace partners. Behnken and Hurley's successful orbit trip will serve as the baseline for future lunar and martian missions.

WATCH Crew Dragon 2 Undock from the ISS below: