In a recent study, researchers from the University of Maryland have finally uncovered the mystery of the whirling blue flame. As it burns fuel with practically no soot, this could be useful for cleaning oil spills.

In 2016, a team of researchers was studying the properties of liquid fuel as it floats on water. They added fuel into a tank full of water. And this setup was positioned in an enclosed space, causing it to generate a vortex, which looked like a tornado made of fire. The scientists later called this the "blue whirling flame".

Aside from the efficiency of the flame reflected by its color, the blue whirling flame became noteworthy as it burned the fuel without producing any soot. This property might be useful in solving oil spills. 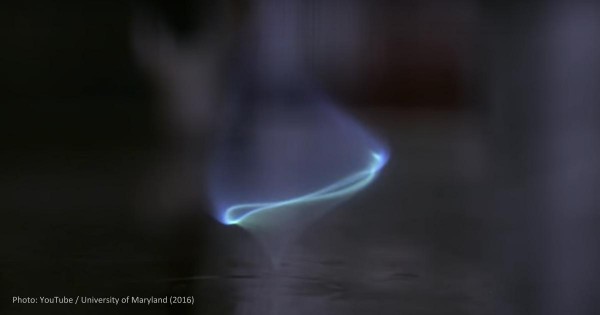 IN CASE YOU MISSED IT: Project ITER Paves the Way for the Future of Nuclear Energy

A recent study published in the journal Science Advances has presented that the blue whirling flame has a more complex structure. Using a series of computer simulations, researchers from the University of Maryland have uncovered the nature of the mysterious flame.

They realized that the flame was actually a combination of three known types of flames—a diffusion flame and premixed rich and lean flames. The first of the three is a lean flame with an invisible outer flame, which is produced when the fuel is less than the oxygen when looking at the ideal ratio. And the other two are rich flames, which are produced when there is a higher amount of fuel.

RELATED: Florida Might Be The Next State To Harness Wind Energy

What does this mean?

Researchers have been looking into the blue whirling flame as a potential solution to oil spills since its discovery in 2016. This means that unveiling its structure is a step towards creating a controlled environment as it is put to use.

With its great potential in oil spill cleanups, it should also be noted that such flames are dangerous as they could lead to wildfires. This is why being able to control the circumstances is essential-it should allow for skipping the tornado-shaped stage.

The scientists are also eying the flame as a prospect for cleaner combustion processes.