Florida Might Be The Next State To Harness Wind Energy

Despite its location in the Southeast, a new study shows how Florida, with help from new technology, could harness wind energy.

FAMU-FSU College of Engineering, the joint college of Florida A&M (FAMU) and Florida State (FSU) Universities, have created an interdisciplinary team to examine wind characteristics in nine different sites in the state. Their report aims to support the wind energy industry and policymakers in identifying strengths of energy production in the Sunshine State. 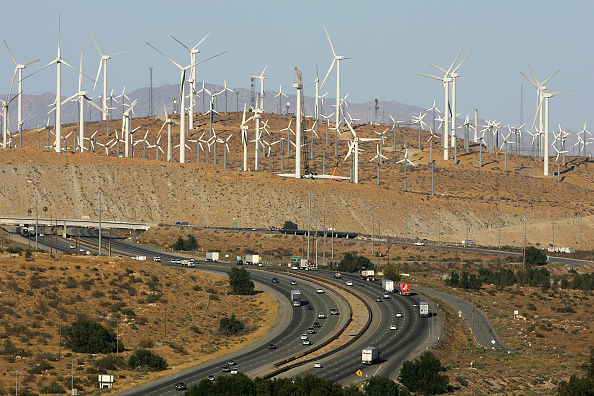 The Future of Turbine Technology

"With advances in turbine technology, taller towers, larger rotor diameter and new control systems, we will be able to provide low-cost wind power to low-wind regions, such as Florida and the Southeast," explained Sean Martin, a researcher from FSU's Department of Civil and Environmental Engineering. Martin added that the increased hub heights and taller turbines can utilize greater winds speeds at greater altitude, harvesting more wind power.

Over the past decades, wind turbine designs have evolved from passive controls, fixed speed generators, and gearbox-based drive train mechanisms. Now, variable speed designs with active electronic control setups have allowed wind generators to operate with greater efficiency and in a variety of locations.

Current windmill turbines are more than 380 feet above ground level, as high as a 32-story building, for on-shore installations. However, newer turbines, such as those installed in Missouri and North Dakota, stand at 660 feet, or close to a standard 55-story building. Wind turbines of these heights will be most useful in Florida.

In the FAMU-FSU study, researchers inquired on the capacity of wind turbines with respect to location. Since location is a primary factor for expected wind speed range, the proposed turbines must be able to work at different wind velocities. Moreover, they are looking for turbines that offer an acceptable efficiency--at least 30 percent of their total capacity--for economical purposes.

Harnessing Wind Energy in the US

A press release from FSU differentiated Florida from Texas and Iowa. The Sunshine State is currently incapable of experiencing winds that make harnessing wind energy a feasible undertaking. An April 2019 report noted that the United States is the second-largest producer in the world.

Among its states, Texas ranks first with an installed wind energy capacity of 24,899 megawatts. The largest wind farm in the Lone Star State is the Roscoe wind farm in its central regions--boasting 634 turbines with a capacity of 781.5 MW.

Texas is followed by Iowa with a capacity of 8,422 MW. While their annual capacity is far from each other, The Hawkeye State draws 37 percent of the state's energy requirements from wind, the largest of any other U.S. state.

Marin works with Arda Vanli, Associate Professor of Industrial and Manufacturing Engineering, and Sungmoon Jung, Associate Professor of Civil and Environmental Engineering. Jung noted: "I don't think anybody can predict the timing for wind energy." He recalled that a private company once proposed a wind farm in their own state. However, the plan did not push through because "the technology at the time was not economical enough."

"I hope we will see wind energy in the future as technology improves," Jung added.