Shortly after the re-emergence of COVID-19 in New Zealand, local health authorities reported 13 new cases of the highly contagious disease - 12 also in the town of Auckland and a returning traveler now in quarantine.

This brings the South Pacific nation's total cases to 69 confirmed cases. New Zealand authorities  say that all cases are connected, giving hope that the virus can be contained and has not yet spread beyond the same cluster. 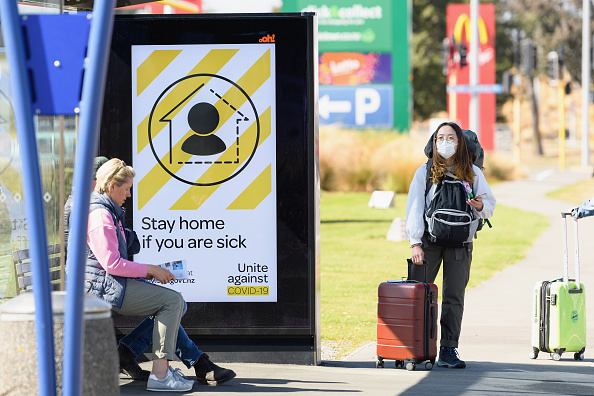 The Re-Emergence of COVID in New Zealand

Dr. Ashley Bloomfield, Director General of Health, said that it started when a man in his 50s received a check-up on Monday, August 10. This person reportedly had the symptoms for COVID-19 and was swabbed twice, testing positive both times.

Six other persons were tested from the same house and three of these people were also positive for the highly contagious disease.

This marked the end of New Zealand's 102 days without reported community transmission.

Placing NZ on A New Set of Lockdowns

Starting on midday at Wednesday, August 12, the New Zealand government has placed Auckland under a new lock down. By Friday, August 14, the city of some 1.5 million people is set to remain under a Level 3 lockdown for twelve more days, with the rest of New Zealand placed under level two restrictions.

Under their system, areas with Level 3 restrictions strongly recommend people to stay home except for essential personal tasks. Schools will operate, but at a limited capacity. Public venues are mostly closed for the duration of the lockdown. In Level 2, social events and gatherings are limited to less than 100 people.

"Lifting restrictions now and seeing an explosion of cases is the worst thing we could do for Auckland and for the New Zealand economy," Ardern previously said. She expressed confidence that New Zealand can do it again.

Tracing the Mysterious Return of COVID-19

While the cause of the new outbreak remains a mystery, the New Zealand government has already launched its hunt to identify its source. Since most of the cases have been related to the Auckland cluster, it remains a focus in the South Pacific nation's investigation.

In an interview with Nature, Amanda Kvalsig said that the new outbreak has not been linked back to how it entered the country. Kvalsig is an epidemiologist at the University of Otago at the nation's capital of Wellington, and is among the medical experts supporting the country's COVID-19 efforts.

She added, however, that investigations can ideally lead their public-health system to trace the infections backward, identifying how each of the cases began. Local health authorities can then "forward trace" and identify other contacts of the source.

Another theory for how the contagious disease managed to return to the country is through freight. A number of the new confirmed positives are employees at an Americold facility, right in Auckland. Americold is a US-based freight company with a cool storage facility in the city.

Donald Schaffner, food microbiologist at Rutgers University in New Jersey, said that this is possible in theory but that indications suggest otherwise. Furthermore, the food safety authority for New Zealand released a statement on Thursday, August 13, saying that the risk of acquiring COVID-19 from food or food packaging is "negligible."

There are 13 new confirmed cases of #COVID19 to report in New Zealand today - 12 in the community and one in managed isolation. Read the full update at: https://t.co/H831hTG9sB — Ministry of Health - Manatū Hauora (@minhealthnz) August 16, 2020