Man Dies from a Rare Brain-Eating Amoeba Found in Soil

An 82-year-old man from Georgia has reportedly died after infection from an amoeba linked to soil, according to a new report.

Researchers submitted a case study, titled "Granulomatous Amebic Encephalitis," in The New England Journal of Medicine, September 24. In the report, an autopsy conducted at the elderly man revealed "liquefactive necrosis." The amoeba, acanthamoeba castellanii, is a species commonly thought to be transmitted through soil, dust, and bodies of water - similar to Naegleria fowleri found in ponds and lakes. 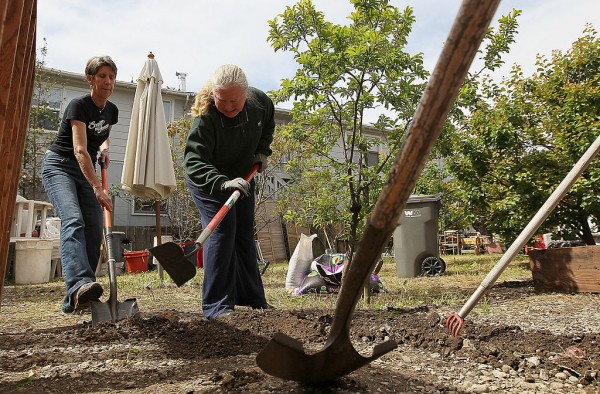 According to the National Center for Biotechnology Information (NCBI), liquefactive necrosis or colliquative necrosis is "characterized by the partial or complete dissolution of dead tissue and transformation into a liquid, viscous mass." This "liquefaction," or loss of tissue and cellular profile is reported to occur within hours from infection, caused by hydrolytic enzymes that dissolve cells and tissues.

The report, headed by researchers from Emory University in Atlanta, Georgia, noted that the man probably contracted the acanthamoeba while potting plants at an unspecified location and later suffered from seizures. Treatment for bacterial, fungal, and viral meningitis was administered to the man, who later became drowsy with recurring seizures. Nine days after first showing symptoms, the man passed away.

"This type of amoeba can cause primarily neurologic symptoms, that's what our patient had, where he was just more confused over time, had pretty bad headaches, and then as time progressed he developed seizures and then essentially had a neurologic abnormality," explained Dr. Ishan Mehta, an assistant professor at Emory's School of Medicine and an author in the study.

The amoeba can enter the human body through the respiratory system or by getting it into the bloodstream. Mehta explained that in order to contract the neurologic manifestation of the amoeba, you either "breathe it in," or have direct contact, allowing the microbe to enter the skin and eventually, the bloodstream.

A Risk for the Immunocompromised

Mehta clarified that many people actually have the amoeba in their bodies without displaying any of the symptoms as the elderly gardener in the case study. "We do find it in patients that have no symptoms whatsoever," the study author noted, adding that it can be found in nasal passages without any threats. However, in this particular species, Mehta said that "it affects patients that have a very compromised immune system."

Aside from the amoeba infection, the man autopsied also had a history of lymphoma. Mehta clarified that the patient was already in remission from the disease for about 10 years. The elderly gardener was not receiving treatment, medication, or chemotherapy within the timeframe. The study author also shared that there were only 11 other reported cases of people, who were considered non-immunocompromised, dying from Acanthamoeba castellanii-related infections.

As with the case study, these rare cases also noted that patients displayed neurological symptoms and other issues related to the brain. Mehta stressed that it is not a risk for the public, saying that it is a rare organism. While anyone can be a host for the amoeba, not everyone can get infected, shutting down fears of getting the same infection from potted soils.