Air ambulance paramedics could be using jet suits in their emergency services on mountains in Lake District mosy likely next summer after a successful test flight.

Richard Browning developed and invented the rocket-powered suit because he wanted to inspire children into science and engineering. He and his team conducted a test flight on the flight suit at the rugged terrain at heights of up to 20 feet, searching for ramblers.

In a test flight, the paramedics were able to rescue the ramblers at the 3,117 feet peak of Helvellyn mountain in just under eight minutes, a feat that would typically take three times as long using a helicopter and an hour by foot.

Browning has been discussing this test flight with Great North Air Ambulance Service (GNAAS) for more than a year. His firm, Gravity Industries, is considering a lease arrangement with emergency services who need it. 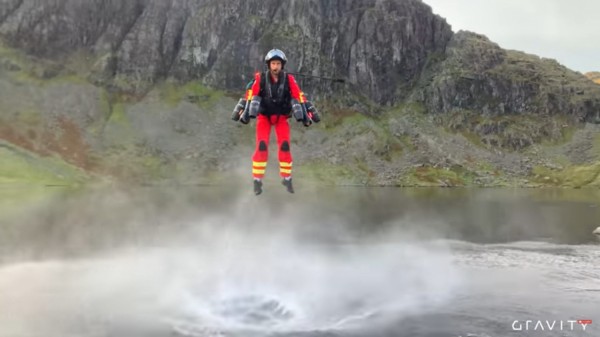 The director of operations for Great North Air Ambulance Service (GNAAS), Andy Mawson, said that he saw the potential for the jet suits in rescue missions in rough terrain covered by GNAAS when he saw Browning's video online.

GNAAS had been talking with Gravity to launch its first test flight two weeks ago. The air ambulance service in the video is only a test flight, but what looked like a thing in science fiction may soon be expected to become possible in real life.

But before it is used as an air ambulance next summer, GNAAS is planning to modify the jet suit. According to Mawson, the most significant benefit to gain in using this jet suit is the speed it has because responders will be able to reach an injured person or locate a missing group of ramblers quicker than the air ambulance that uses helicopters or by foot.

If finally it is used next summer, the paramedic will be armed with a medical kit that includes a strong pain reliever for walkers who may have suffered fractures, and a defibrillator for those who suffered a heart attack. The time it responds to an emergency means the difference between life and death.

Read Also: Flying Cars May Be Commercialized by 2050

Carrying a medical kit to the side of the mountain proves to be challenging due to the distance ad the gradients involved. But using rapid response cars and the rocket-powered suits responding to emergencies will be much quicker.

As of now, the jet packs can fly for up to five minutes at a time, but even with that limitation, it can reduce a rescue mission by foot that takes 25 minutes to complete to only 90 seconds.

Mawson said that it is unexpected for an air ambulance to be a jet suit that can reach the location in just a matter of eight minutes and save someone's life.

Richard Browning, the inventor of the jet suit and founder of Gravity Industries, has been compared to Tony Stark, the billionaire who became Iron Man in Marvel comics, because of his extraordinaire invention.

Browning explained that the suit is very safe as it only flies at a height that when the user falls would be able to recover quickly as the user would not have a terrible injury.

The jet suit can go over 50 miles per hour and reach up to 80 feet above water. However, the suits are ideal at only about 20 feet above the ground due to the likelihood of 'hard landings.'

Read More: Meet the Rubber Octopus, and Other Non-Lethal Vessel Stoppers the US Navy Is Working On