A study on the heart monitoring feature on the Apple Watch suggests that not everyone alerted might have actual heart problems, resulting in unnecessary visits to the doctor.

Researchers from Mayo Clinic in Minnesota, United States conducted a clinical evaluation of the Apple Watch heart monitoring feature, characterizing evaluation done on patients who were flagged by the app to have an abnormal pulse. Details of their study are published in the Journal of the American Medical Informatics Association. 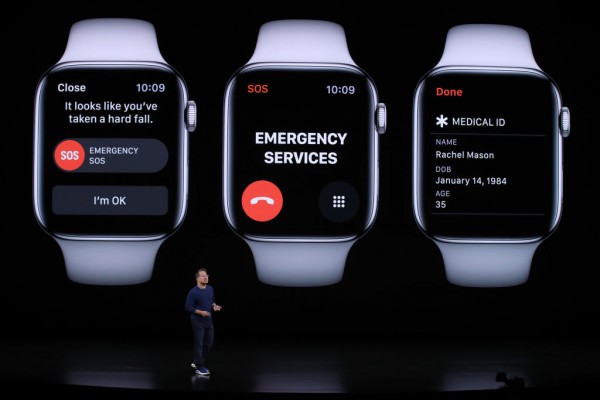 Researchers conducted a retrospective review of patients who were informed by their Apple Watches that they had abnormal pulses, done over a four-month period. The records included in the study were taken from patient health records from every Mayo Clinic site - including branches in Arizona, Florida, Iowa, and Wisconsin. Medical records with the mention of "Apple Watch" over six months between December 2018 and April 2019 is included in the review.

The study follows shortly after Apple has introduced the feature that supposedly detects "abnormal heart rhythms" and a research study on the watches' accuracy in detecting atrial fibrillation - characterized by irregular and rapid heartbeats.

The review of medical records yielded a total of 534 patients whose records mentioned "Apple Watch." From this, 264 patients who claimed that their Apple Watches flagged abnormal heart rhythm. From these people, 41 of them explicitly stated that Apple Watch alerted them specifically. The researchers noted, however, that other patients might have received a similar alert, but was not specifically stated in the medical reports.

Half of the patients in the study were previously diagnosed with a cardiac condition, with 58 of them diagnosed specifically with atrial fibrillation. Also, about two-thirds reported symptoms like chest pain or lightheadedness.

The study also revealed that among those who visited their doctors following a notification from the Apple Watch, only 30 of them came out with a cardiac diagnosis. This constitutes only 11.4 percent of the cases included in the study.

After determining the number of actual cases that were considered "clinically actionable," researchers then concluded that the other reports of cardiac abnormalities detected by Apple Watch were most likely false positives.

Even though the false positives indicate that the patients were actually free from cardiac problems, researchers warned that it can cause other problems. They argued that it can spur patients to pursue unnecessary health care and might even cause otherwise avoidable stress and anxiety.

RELATED: Doctors Can Use Selfies To Detect Cardiovascular Diseases

"It is hard for a user to ignore an alert that they could have a serious medical condition," noted Kirk Wyatt, Mayo Clinic's assistant professor on pediatrics and a co-author in the study, in a statement to online tech portal The Verge.

Researchers then asked the Food and Drug Administration (FDA) as well as Apple to "t carefully consider the unintended consequences of widespread direct-to-consumer screening for asymptomatic atrial fibrillation." They cited the risks of over-utilizing healthcare resources and using screening tools by users without adequate knowledge.

Check out more news and information on Apple in Science Times.