Watch Out for the Penumbral Eclipse This Monday: Here's How

According to NASA, on early Monday morning, November 30, skywatchers will get to see another November full moon treat as the penumbral eclipse happens. It is an event when the Moon passes through the outer shadow of the Earth.

It will take four hours and 21 minutes for the Moon to glide across the pale outer fringe (penumbra) of the Earth's shadow but never meeting the dark umbra of the shadow. A penumbral eclipse is rather a minor astronomical event that is usually difficult for many people to detect unless at least 70% of the Moon's diameter is immersed in it, Space.com reported.

For a moment, the Moon will be at its fullest on November 30, at 4:30 am EST. But it will appear full starting on Saturday, November 29, until Tuesday, December 1. 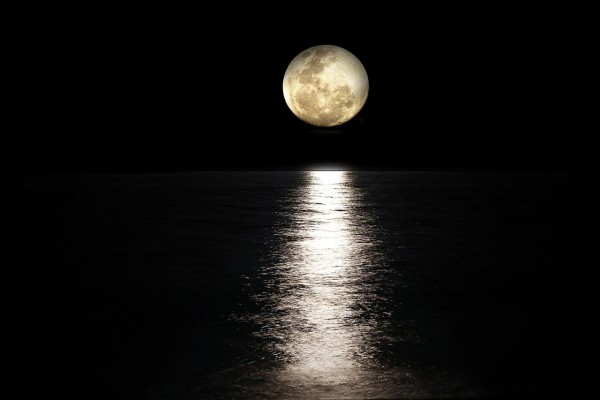 (Photo: Pixabay)
Watch Out For the Penumbral Eclipse This Monday: Here's How

Penumbral eclipses differ in many aspects from total or partial lunar eclipses, according to ScienceAlert. Earth passes directly between the sun and the Moon during a total lunar, which blocks the sun's light from entering the Earth's natural satellite.

Moreover, the Moon passes through a part of the Earth's dark shadow, known as the umbra, during partial eclipses, unlike the penumbral eclipse that glides through the pale outer part of the planet's shadow.

According to NASA, "the dimming of the moon during this eclipse will probably not be noticeable without instrumentation, but for spacecraft at the moon such as the Lunar Reconnaissance Orbiter (LRO), the reduction in solar power will be noticeable."

November's full moon is also called the beaver moon that comes late this year because October this year had two full moons: the harvest moon and the blue moon; the first time in over 76 years, a full moon was visible across the US during Halloween.

This month's full moon comes in many names, like the cold moon, frost moon, oak moon, child moon, the winter moon, and the moon before Yuletide.

According to NASA, the full moon is also celebrated by different cultures worldwide, such as during the Kartik Purnima celebrated by the Hindu, Sikh, and Jain. Likewise, the Hindus celebrate Karthika Deepam, Buddhists in Myanmar and Burma celebrate the Tazaungdaing Festival Moon, and Ill Poya is celebrated in Sri Lanka.

Seeing the penumbral eclipse from the moon

Space.com reports that an astronaut on the Moon during the penumbral eclipse will be able to witness an eclipse of the sun, depending on what specific part of the Moon is the astronaut standing. But as seen from the Tycho crater, the Earth's silhouette will hardly cause any noticeable diminishing of the light on the Moon's surface.

But when looking from the upper limb of the moon in the Mare Frigoris, a region also known as the "Sea of Cold," the Earth will appear to cover more than eight-tenths of the sun's diameter. As a consequence, solar illumination on the Moon will be considerably somber.

This diminished sunlight on the Moon is what people on the Earth's Northern Hemisphere will try to detect during the penumbral eclipse on Monday.

Check out more news and information on Eclipse and Full Moon on Science Times.