As the world continues to become modern, more energy is needed to power modern technology being used today. With the use of electric cars, researchers have been looking for alternative ways and materials to replace lithium-ion rechargeable batteries because these batteries only have a very limited supply.

According to a report from Futurity, researchers have thought of using fluorine because they are the opposite of lithium in terms of supply. They are a relatively abundant and light element with the strongest attraction for electrons that allow them to carry out electrochemical reactions. They can be an alternative to lithium-ion rechargeable batteries. 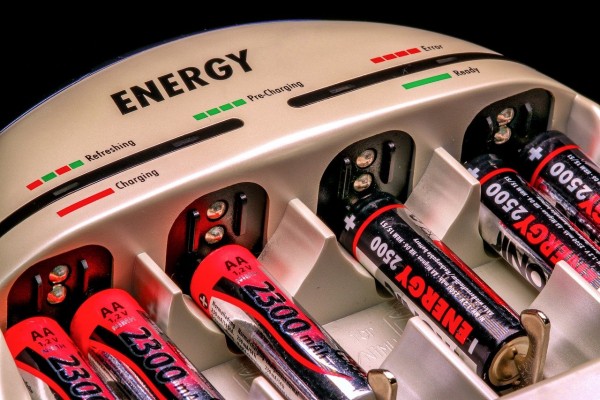 The research, published by McKelvey School of Engineering material scientists at Washington University in St. Louis, has shown that fluorine is a potential alternative for lithium-ion fluorine.

This technology is also being tested in Japan to power electric vehicles that could run about 1,000 kilometers (621 miles) on a single charge. The only problem with this novel technology is that fluoride-based batteries have poor recyclability. That means they tend to degrade rapidly with charge-discharge cycles.

According to the Washington University publication in St. Louis, known as the Source, researchers Steven Hartman and Rohan Mishra have employed a new method in designing the fluoride-based batteries. They identified two materials that easily gain or lose fluoride ions while also changing some of the batteries' structures to create a good cyclability.

Mishra said that the new battery materials to be used are layered electrides, a relatively new class of materials known for 50 years but only in the last decade that the properties of electrides were understood. The electrons in the electrides reside at specific interstitial sites within the crystal structure, just like an ion.

Mishra added that they predict that fluoride ions can easily replace these interstitial electrons without creating significant deformations to the crystal structure, allowing or enabling the batteries' cyclability.

"The fluoride ions can also move or diffuse fairly easily due to the relatively open structure of the layered electrides," Mishra said.

According to a report, Hartman said that fluoride-based batteries' energy storage capabilities are close to the performance of lithium-ion batteries. While dicalcium nitride is made up of elements that can help overcome the electric current shortage by the elements currently used in lithium=ion batteries.

Adding many fluoride ions to conventional electrodes could store a lot of electric charges, but this might be hard to manage in practice, Hartman said. Meanwhile, minimizing the volume and shape of fluoride-based batteries would create a durable rechargeable fluoride battery.

Hartman added that they predict that adding and removing fluoride ions could create significant smaller changes, which improve the cyclability of the battery. The researchers are looking forward to creating the prototype batteries to test the promising electrides identified in their study.