In Antarctica, experts are working and agree the continent contains the oldest ice in the world. They claim that hundreds of millions or even centuries of ice on the continent is ancient. Scientists don't know precisely how old this ancient ice could be. They're not sure how long they will live on ice.

Geochemist John Higgins of Princeton University says he would be shocked to discover ice that's 5 million years old, but that's not inscrutable. A group of researchers had recently identified what they said was an eight million-year-old piece of ice in a submerged glacier. The maturity of this material was estimated by volcanic ash dating from carbon deposited on the ice. 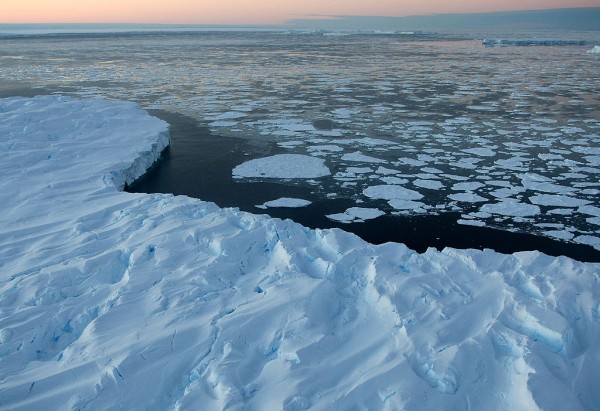 The mystery of the ice age

The date, however, is a matter of controversy. Scientists are looking for ancient ice samples, so ancient air fragments from before the ice were created within such ice samples. Those ancient air bubbles in the ice samples allow scientists to collect air from the distant past directly. It is kind of like getting a time machine, researchers claim.

Higgins and his team members collected an ice sample dated 2.6 million years ago from the Antarctic in the Allan Hills area. He claims it's the oldest sample of ice with strong trust in the age and air within it. Through examining trace concentrations of argon gas contained within the frost, the sample was dated.

Another sample found was 2 million years old and was in decent enough shape to test greenhouse gases such as carbon dioxide and methane using the bubbles contained within. The samples were of good standard to provide an overview of what the world looked like at the moment. Doctor Higgins recently tweeted a video of ancient glacial melt and the chemicals contained inside bubbling out from the ancient water.

Ever wonder HOW scientists sample ancient air in 🧊? We melt it! The air is then transferred under vacuum and analyzed for its chemical composition. This sample is from the Allan Hills 🇦🇶 and is currently being measured by Dr. Sarah Shackleton. How old is it? Stay tuned! pic.twitter.com/Zw4Xzdliq7

Scientists ought to dig straight down into the dense Antarctic ice sheet to get some neatly layered ice samples. The oldest ice gathered that way so far dates back 800,000 years just yet.

In the meantime, researchers from China have dug deep for old ice at a location named Dome A. Says Jeffrey Severinghaus of the Scripps Institution of Oceanography, University of California in San Diego, that one might or may not work. He clarified that since it is near to a research station, the site was chosen.

He has been collaborating with Goodge to create a new form of rapid drill that can easily, in days rather than years, chip into the ice layer so that researchers can test various sites before committing to more elaborate and costly drilling.

His team's study was interrupted by the coronavirus pandemic; in reality, the virus forced researchers to call off virtually the whole Antarctic field season. In the fall of 2021, though, the former ice hunters will be alive.

If either of these attempts actually enables scientists to acquire a continuous series of ice layers dating back 1.5 million years or more, they would comprehend the weather shifts that happened after a global climate shift.

Why is everyone digging ice, now?

There was a drastic shift in the ice ages of the earth around a million years ago. Those were coming about 40,000 years or so, but for whatever reason, that trend stopped and now shifted to every 100,000 years.

Wolff says working on climate is a "really big deal" for them. He explained that it's important to know how our environmental system works. In a way, if we don't understand why we live in a world of 100,000 years rather than a world of 40,000 years, you can say we don't really understand today's climate.

Glaciers clearly come and go because of powers that are not well understood, confirming Severinghaus, who thinks we can know about them to forecast our future.

While some of these mysteries may be solved by mining regular ice cores beyond 1.5 million years or finding single fragments of ice as ancient as 5 million years, he says there is no excuse why we could not get fortunate to discover anything much older.

ALSO READ: Nations Are Now Flocking In On Antarctica