Saqqara is an ancient burial site in Egypt that served as a necropolis for Memphis, the ancient Egypt capital. It features several pyramids like the world-famous Step Pyramid of Djoser, sometimes called the Step Tomb. Saqqara covers an area of 7 kilometers by 1.5 kilometers.

A team of archaeologists led by Egyptologist Zahi Hawass announced that they had found a new treasure trove in Saqqara, which included the discovery of over 50 sarcophagi. The Guardian reported that the wooden sarcophagi could be traced back to the New Kingdom period between the 16th to 11th BC. 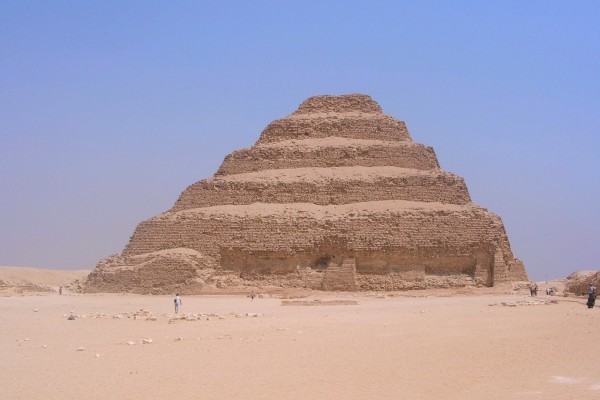 Saqqara is home to several pyramids, ancient monasteries, and animal burial sites. It is a vast necropolis of the ancient Egyptian capital Memphis. Experts revealed on Saturday, January 16, that there are more than 100 intact sarcophagi in the area, which is the largest find of 2020.

Archaeologists discovered coffins, funerary masks, and a funeral temple of Queen Naerit, the wife of the first king of the sixth dynasty of the old kingdom King Teti, Al-Ahram reported.

Moreover, CNN reported that there were also three mud-brick warehouses that were believed to store provisions, offerings, and tools for the tomb of the queen. The sealed wooden coffins are over 2,500 years old and were unveiled alongside the statues of ancient deities. It was thought that the coffins belonged to the officials of the Late period and Ptolemic period of ancient Egypt.

With this discovery, tourism minister Khaled al-Anani predicted that there is more to discover about the past in the Saqqara necropolis. "Saqqara has yet to reveal all of its contents," al-Anani said.

Hoping to Bring Back Tourism to Egypt

After the political turmoil that happened in Egypt several years ago in 2011, which was due to the uprising against the autocrat Hosni Mubarak, tourists were put off.

In order to rejuvenate its tourism sector, Egypt has continuously promoted its archaeological finds in recent years. That includes the many discoveries in the Saqqara necropolis, such as the most recent one.

The country's tourism sector has endured multiple shocks in the years of the uprising against Mubarak and people are frightened to visit the country.

Authorities hope to finally inaugurate the Grand Egyptian Museum at the Giza plateau later this year after the delays it encountered in the past years.

READ MORE: Mummified Remains of a Bejeweled Teenager Found Inside a 3,500-Year Old Coffin in Egypt