During the pandemic lockdowns, the air quality around the world has also improved significantly, especially in areas that are usually polluted on normal days.

The Guardian reported that air pollution across the cities in Asia, Europe, and the US had dropped by 60% during the lockdowns when factories and roads were closed and empty. It made the skies bluer and clearer, with some people even seeing the Himalayas for the first time in 30 years.

However, scientists said that the improved air quality is associated with the increase in sunlight that could affect weather patterns. With fewer particles and polluting gases to hinder the path of sun rays, more sunlight can reach the Earth's surface and warming the planet. 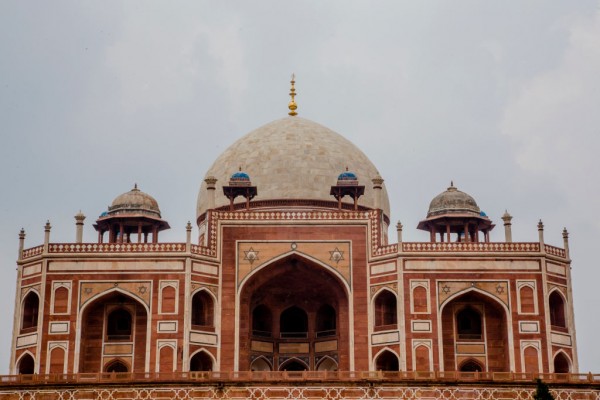 (Photo: Getty Images)
NEW DELHI, INDIA - JULY 06: A deserted view of the United Nations Educational, Scientific and Cultural Organization (UNESCO) World Heritage Site of Humayun Tomb complex, on July 06, 2020, in New Delhi, India. Barring the iconic Taj Mahal, the Archeological Survey of India (ASI) Monday opened for the public the historical monuments which had remained closed for several months after the Indian government imposed a nationwide lockdown on March 25 to curb the spread of coronavirus, which has so far claimed 20,000 lives and caused nearly 7 hundred thousand infections besides severely affecting the country's economy. However, security guards posted at several of the monuments said there had hardly been any visitors as people were still apprehensive about catching the deadly virus. Under new guidelines, visitors can only visit ASI-protected monuments by acquiring online tickets, wearing masks, maintaining social distancing, and undergoing temperature checks. (Photo by Yawar Nazir/Getty Images)

Clearer Skies Due to Pandemic Lockdowns

Last year, NASA's initial report about the air pollution during the lockdown had shown that the global amounts of nitrogen dioxide were approximately 20% lesser than experts have expected. According to a previous report from Science Times, this is a stark example of how humanity affects greenhouse gas equilibrium.

Moreover, the news outlet also reported that researchers from the American Chemical Society observed the significant impact of vehicle traffic has on the atmospheric conditions as human economic activity was put on hold.

In 2020, scientists confirmed that cleaner skies in the decades had brightened the Earth's surface. Weather satellites have shown that Europe has been experiencing dimming of the atmosphere until the 1980s, but when air pollution regulations were implemented, the region experience significant brightening.

This pattern was also observed in China, but it was only until 2005 when the East-Asian country experienced the brightening of its skies.

Although bluer skies may not be bad as it sounds, experts said it had caused a significant increase in the Earth's already warming temperature, creating more climate change problems.

ALSO READ: Lockdown Effect: Impossible View of the Himalayas Captured by Photographers in India After 30 Years

The Associated Press reported that temperatures in the US, Russia, and China were warmer by around 0.5 degrees Fahrenheit (0.3 degrees Celsius) because of lesser soot and sulfate particles brought by exhaust cars and the burning of coal that usually cool the atmosphere temporarily by reflecting the sun's heat.

The study published in the journal Geophysical Research Letters has shown that the planet's overall temperature was warmer in 2020 because the atmosphere has lesser cooling aerosols, like carbon dioxide, commonly observed in the atmosphere.

"Cleaning up the air can actually warm the planet because that (soot and sulfate) pollution results in cooling," said study lead and National Center for Atmospheric Research atmospheric scientist author Andrew Gettelman.

The researchers noted that the temporary warming effect from the lack of cooling aerosols was much stronger last year than the effect of reduced heat-trapping of carbon dioxide.

Gettelman said that it is because carbon dioxide stays for more than a century causing long-term effects, unlike the aerosols that only stay in the atmosphere for about a week.

But top NASA climate scientist Gavin Schmidt, who was not part of the study, said that even without reducing cooling aerosols, the Earth's surface temperature in 2020 has spiked that broke the annual records due to the burning of coal, oil, and natural gas.

That being said, it seems that the aerosol effect may have been enough to make 2020 the hottest year in the measuring system of the American space station.

RELATED TOPIC: Global Emissions Drop by 7%, But Climate Change Experts Advise Not To Celebrate Just Yet

Check out more news and information on Pandemic on Science Times.