Studies in mammalian species have shown that sperm cells can pass down non-coded traits such as diet, weight, stress, and environmental effects from paternal dads to offsprings via embryonic fertilization.

However, the mechanism behind the process has remained relatively a mystery to most scientists until today.

What are Sperm Cells?

Sperm cells are the smallest gamete vital in the reproduction of mammalian species. Together with the female egg cells, the sperm are optimized with effective protective wrapping for the propagation of paternal genes.

A single sperm cell carries 23 pairs of chromosomes that mix and replicate chromosomes present in the female egg cell.

Its structure consists of a tail or flagellum, a haploid nucleus, and a head. Equipped with a few mitochondria, the sperm cell propels itself through the female uterus to the egg cell with a densely packed nucleus full of paternal DNA surrounded by enzymes to penetrate the exterior of the ovum, paving the way for successful fertilization. 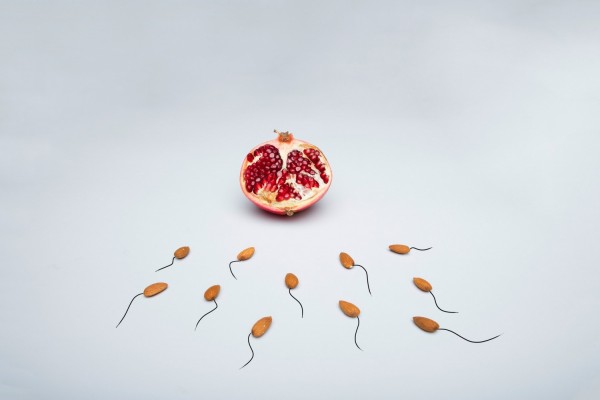 The mechanism behind the sperms embryonic transfer of non-DNA coded information has much to do with epigenetics. Molecules that can often attach themselves to DNA act like an on and off switch that controls which sections of the DNA can get used.

However, up until now, researchers have no clue as to which molecules can carry settings marked by the paternal father's life experiences to be incorporated in embryos via sperm fertilization.

A study published in the journal Developmental Cell entitled, "Histone H3 lysine 4 trimethylation in sperm is transmitted to the embryo and associated with diet-induced phenotypes in the offspring" is a major breakthrough that has identified non-DNA-based means on how sperm cells 'remember' a fathers environment such as diet and weight and transmits the information into the embryo, explains co-author Sarah Kimmins from the McGill University.

Epigeneticists Ariane Lismer, co-author, and colleagues used mice to demonstrate the effects of a folate-deficient diet that could be passed by altering histone molecules in the father's sperm.

Histones are basic proteins that DNA uses for tangle-free storage.

When male mammals build sperm, they throw out most of the histone spools to allow tighter packaging. However, a small percent remains. 1% in mice and 15% in humans, which provides scaffolding for DNA areas where sperm creation and function are found, allowing cellular mechanisms to make use of the DNA instructions.

Chemical modifications of histones such as methylation allow or prevent DNA to be 'read.' Poor dietary habits can cause histones to change methylation status. This is why folate in pregnant women is crucial. A mother's folate can help stabilize DNA methylation in their offspring.

Lismer explains that no one has been able to track how heritable environmental signatures are transmitted from paternal sperm to the embryo until now.

Researchers also found that these effects could lead to increased severity of birth defects. The team hopes that further expansion of knowledge of inheritance mechanisms will reveal ways to treat and prevent birth defects in the future.