Heavy Water Tastes Sweet: Could This Be a New Sweetener But Without the Calories?

Heavy water is a type of water that is not made up of H2O  molecules. Instead, its chemical formula is written as 2H2O or simply D2O.

It might surprise many people that the universal solvent is not all made up of pure hydrogen and oxygen atoms. Although, both types of water are almost identical in their chemical composition.

Early researchers described heavy water as having a sweet taste, something that other scientists are skeptical about. But biologists and biochemists have proven the early claims of those physicists ad said that human taste buds could taste the extra neutrons present in heavy water. 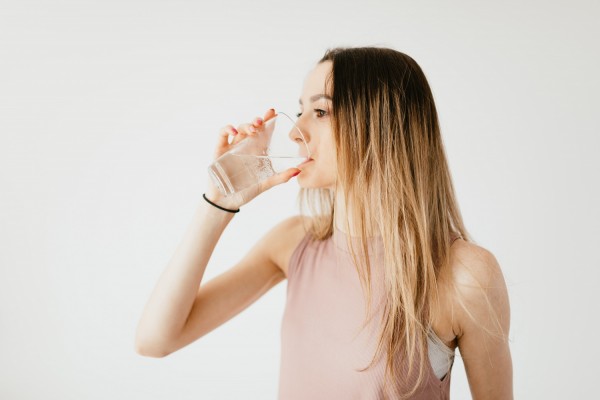 (Photo: Pexels)
Heavy Water Tastes Sweet: Could This Be A New Sweetener But Without the Calories?

How Does Heavy Water Differ From Ordinary Water?

According to ScienceAlert, a hydrogen atom is a single proton within its nucleus. However, the deuterium isotope has an additional neutron that gives the atom a greater mass of about. When bonded to oxygen to form water, this creates another type, which is called heavy water.

These two types of water are chemically the same, but deuterium has a slightly different bonding behavior than the typical hydrogen, known as protium.

Its different bonding behavior from the protium could affect bodily chemistry if ingested in heavy water. Due to that, scientists said that it is not advisable to drink heavy water in high doses. A small amount could be harmless for humans as it is even used in some scientific experiments on humans.

Going back a century ago, there has been a longstanding question whether heavy does taste the same as regular water or whether its different composition has made it taste differently than people may perceive.

Advancements in the understanding of human taste buds have prompted the reopening of old research such as this. Researchers Ben Abu, Mason, and their team conducted a study that confirms the claim of the sweet taste of heavy water.

Their study, entitled "Sweet taste of heavy water" was published in Communications Biology.

ALSO READ: 3 Characteristics of Water That Seem to Defy the Laws of Physics

Why Does Heavy Water Tastes Sweet?

On the other hand, mice showed no preference for either type of water. The researchers explored further and found that the sweetest inhibitor lactisole removes the capacity of people to distinguish the two water apart.

Lactisole inhibits the pathway that people detect sweetness, called TAS1R2/TAS1R3 receptor. The receptor is known to vary between mice and humans, and models show that small significant differences in the way they respond to heavy water are becoming more rigid.

Since the brain has never encountered high concentrations of heavy water throughout humans' evolutionary history, it interprets the taste of heavy water as sweet, IFL Science reported.

Theoretically, scientists think that heavy water can be an alternative to soft drinks because of its sweet taste. In that case, it gives the sensation of sweetness but it could also be a way to become slimmer. Although it probably would not make people lighter since it could increase their density.

Scientists have spent so much effort for many years in the search for sugar or sweetener that tickle the tastebuds without calories. This might be the solution, but for non-billionaires, it might dry up their bank accounts before they could see the benefits of heavy water consumption.

Check out more news and information on Water on Science Times.