For countless generations, horses and donkeys have been among the most important domesticated animals for mankind - and a new study reveals how they have been helping their fellow animals with unusual behavior.

A new study in the journal Science, titled "Equids engineer desert water availability," shows that horses and donkeys digging deep wells help provide water for plants and animals in the desert, which is particularly important during the summer season. 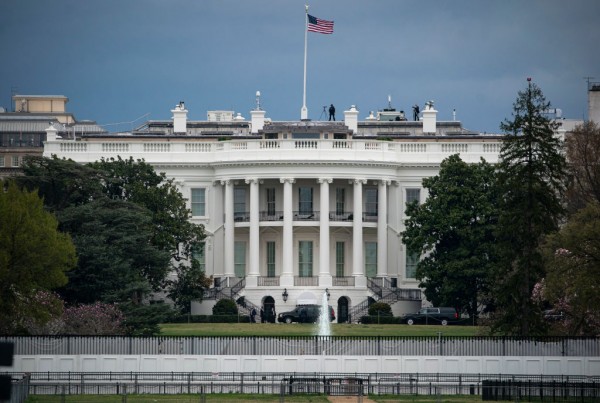 (Photo: Photo by Brett Hemmings/Getty Images)
MOSS VALE, AUSTRALIA - JANUARY 06: 3 Donkeys from Kangaroo Valley eagerly await food at Moss Vale Showground after fires forced them to relocate on January 06, 2020, in Moss Vale, Australia. Local Showgrounds in towns not affected by fires have now become a safe haven for evacuated residents with large animals. Cooler conditions and light rain have provided relief for firefighters in NSW who continue to battle bushfires across the state.

The new study was led by biologist Erick Lundgren, from the Center for Biodiversity Dynamics in a Changing World (BIOCHANGE) in Denmark's Aarhus University and the Centre of Compassionate Conservation in the University of Technology Sydney in Australia. He told AFP that he first noticed this unusual behavior during his time in western Arizona in the US as a field technician studying river systems.

He also shared reading about African elephants exhibiting the same penchant for digging deep wells, which serves as the only water source for other animals during the dry seasons. Lundgren then expressed interest in whether Equids - members of the Equidae family-like horses and donkeys - play a similar role in America. The problem, however, is that donkeys and horses are not generally seen as ecosystem engineers. Lundgren explains that they are more considered "biodiversity harm," mainly because they are not originally native to the region.

Over three summer seasons, Lundgren and his team surveyed different parts of the Sonoran Desert, which covers the states of California and Arizona, as well as a part of Mexico. They then documented the effect of the equids' digging deep wells compared to the surface water readily accessible to animals from ponds and desert streams - some of which were permanent while others were only intermittent. Researchers also used camera traps to capture how the animals used the wells.

Researchers discovered that the horses and donkeys digging deep wells, with some reaching depths of six feet (two meters), added to the water available for a number of native desert species. These equid-made wells also decreased the distances between accessible water sources during the dry summer periods.

Additionally, they stressed the importance of these wells during the worst of the season - the hottest and driest days - when almost only these wells were the available water source for animals.

Lundgren called the horses and donkeys responsible for these extra water sources "buffers" against the extremely scarce surface water. He adds that the "donkey wells" kept water in the ecosystems, with these dug-out portions serving "pretty much every species you could picture." This included animals not usually associated with the ecosystem, like black bears. Other species drawing their drink from the wells were mule deers, bobcats, Woodhouse's scrub jays, and javelinas.

RELATED ARTICLE: Cold Desert Nights: Why It Gets Much Colder Than People Think?

Check out more news and information on Donkeys in Science Times.