Infrared (IR) technology is used in various fields to measure temperature, the most frequently measured physical quantity second only to time.

According to an article in Behavior Research Methods, Instruments, & Computers volume, it is utilized in astronomy and industrial and research settings for many decades.

The advancements in infrared technology have reduced costs, increased reliability, and resulted in noncontact infrared sensors via mobile and smaller measurements.

Recently, a team of electrical engineers from the University of California San Diego developed a new infrared imager that transforms infrared light into images.

Tina Ng, a professor of electrical and computer engineering at the UC San Diego Jacobs School of Engineering, and her team have made an infrared imager that can see through smog and fog, map out a person's blood vessels without touching the person's skin, and see-through silicon wafers to inspect the quality of electronic boards. 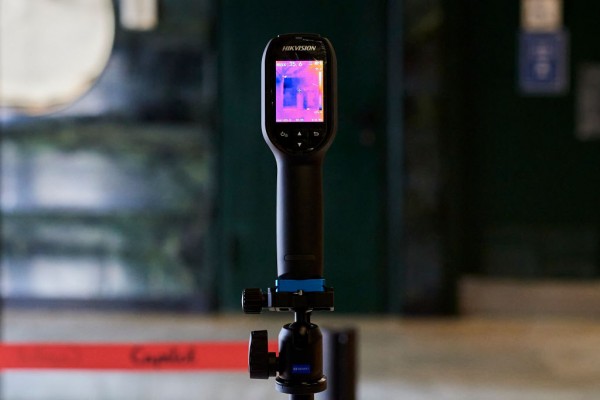 (Photo : Getty Images)
MADRID, SPAIN - JUNE 12: A non-contact infrared thermometer to measure the temperature is seen at the entrance of the Capitol cinema on June 12, 2020 in Madrid, Spain. (Photo by Carlos Alvarez/Getty Images)

According to the report of Azo Optics, the imager can detect a part of the infrared spectrum known as shortwave infrared light, which has wavelengths ranging between 1,000 to 1,400 nanometers. It is right beside visible light which is 400 to 700 nanometers.

Unlike thermal imaging which is often confused with shortwave infrared imaging, the latter detects longer infrared wavelengths given off by the body.

The new imager integrated the display and sensors into a single compact device, that is made using organic semiconductors stacked above one another, rendering it safe, flexible, and low cost for biomedical applications. It provides a high-resolution image compared to its inorganic counterparts.

So, how does the device works?

According to the news release of UC San Diego, three of the multiple semiconductor layers are made of a different organic polymer that is a major player in the imager. These are the photodetector layer, organic light-emitting diode (OLED) display layer, and electron-blocking layer.

This process is called upversion, but in this case, it is electronic. Study first author Ning Li said that this allows direct infrared-to-visible conversion in a single, compact device. This is unlike the typical IR imaging that is expensive and bulky.

Furthermore, the infrared imager is efficient to use in optical and electronic readouts, making it multifunctional. Researchers said that the new device would also be applicable in helping autonomous cars in bad weather ad inspecting silicon chips for defects.

They are now working on improving the efficiency of the new infrared imager.

Check out more news and information on Infrared in Science Times.