A new injectable drug for diabetes has earned an FDA approval for long-term weight loss treatment - marking the agency's first approval for the application since 2014.

In a new statement released Friday, June 4, the US Food and Drug Administration has issued its approval for an injectable drug called semaglutide, which will be sold by pharmaceutical company Novo Nordisk under the brand name Wegovy, The FDA explains that they approved the drug since new weight loss treatments are necessary.

"This under-the-skin injection is the first approved drug for chronic weight management in adults with general obesity or overweight since 2014," the FDA statement read. 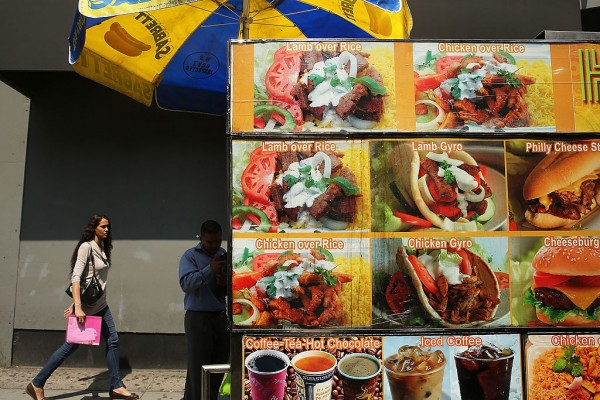 (Photo: Photo by Spencer Platt/Getty Images)
NEW YORK, NY - JUNE 11: Food varieties are advertised outside of a food cart in a Brooklyn neighborhood with a high rate of obesity and diabetes on June 11, 2013, in New York City. Three months after a judge struck down New York Mayor Michael Bloomberg's administration's ban on large sugary drinks, lawyers for Bloomberg are trying to convince an appeals court on Tuesday to reinstate a ban.

ALSO READ: New Drug Could Change the Game of Weight Loss for Obesity

A recent study published in the New England Journal of Medicine examined the effect of a once-a-week administration of semaglutide in adults that are overweight or those that have obesity. The double-blind trial, which involved 1961 adults classified as at least being overweight and had no diabetes, administered the diabetes drug on one group and placebo on the other in a period of 68 weeks.

Results of this study showed that people can lose up to 12 percent of their body weight at the end of the treatment period, compared to people who belonged to the placebo group. People who received semaglutide - soon to be released by Novo Nordisk as Wegovy - also saw a 15 percent decrease in their overall body weight.

Patients with no diabetes who received the semaglutide treatment, together with an additional exercise regimen and a modified eating plan, lost 12.4 percent of their initial body weight on average over the span of about 16 months. Additionally, patients who had diabetes still lost 6.2 percent more of their body weight compared to those who simply received dummy injections.

Participants who used Wegovy lost up to 14.9 percent of their body weight compared to only 2.4 percent loss in the placebo group, with diet and exercise included in both groups

Fighting the Overweight and Obesity Problem in the US

The FDA also said in their statement that about 70 percent of American adults are overweight or obese. It also stressed that the condition is a "serious health issue" that has been associated with some of the leading causes of death in the country. This includes complications like heart disease, stroke, and diabetes, and the condition is even linked to increased risks of getting certain types of cancer.

Conversely, the upcoming Wegovy could help alleviate the US' weight problem since a reduction of 5 to 10 percent of body weight through diet and exercise has been linked to reducing risks of cardiovascular diseases in adults, especially those who have obesity or are overweight.

There are only a limited number of weight-loss drugs approved by the FDA in the United States. One of them is orlistat, sold under the brand name Xenical, which works by reducing the fat absorbed and stored by the body. Another is Qsymia, a combination of phentermine that reduces appetite and topiramate used to treat certain kinds of seizures.

On the other hand, Wegovy works by imitating a hormone in the body called glucagon-like peptide-1 (GLP-1), which targets the parts of the brain concerned with appetite and food intake. In order to prevent its gastrointestinal side effects, the FDA indicates that medication must be gradually increasing over 16 to 20 weeks.

Check out more news and information on Obesity in Science Times.