Sea Level Rise: Moon Causes US Coastal Flooding That May Worsen in the Mid-2030s

In June 2021, a report by Greenpeace East Asia, titled "The Projected Economic Impact of Extreme Sea-Level Rise in Seven Asian Cities in 2030," showed that seven Asian cities that are economic centers could be affected by extreme sea-level rise and coastal flooding. These cities are Bangkok, Hong Kong, Tokyo, Jakarta, Seoul, Taipei, and Manila.

Now, NASA recently reported that there would be a surge of coastal flooding in the US by the mid-2030s due to the lunar cycle amplifying rising sea levels caused by climate change. 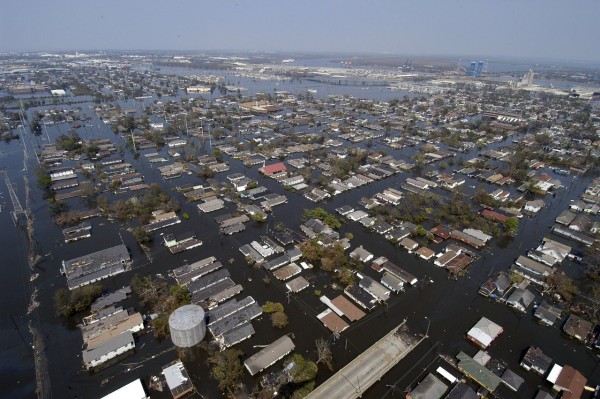 (Photo: Pixabay)
Coastal Flooding in the US Expected to Worsen in the Mid-2030s, NASA Says

Coastal Flooding Expected to Surge in the mid-2030s

High tide floods are familiar problems on the US Atlantic and Gulf coasts. According to the 2019 report of the National Oceanic and Atmospheric Administration (NOAA), more than 600 such floods happened that year.

However, members of the NASA Sea Level Change Science Team from the University of Hawaii wrote in their study that high tides would exceed known thresholds around the US more often.

In the news release published on NASA's Jet Propulsion Laboratory's website, the agency wrote that the floods could occur in clusters that could last in months or even longer, depending on the positions of the Moon, Earth, and the Sun. They noted that the alignment of the Moon, Earth and the Sun could result in a gravitational pull that will affect the ocean's corresponding response and could live city dwellers coping with floods.

NASA Administrator Bill Nelson said that low-lying areas, particularly those near the coast, are increasingly at risk of suffering due to the increased flooding and are expected to worsen.

So, why will cities experience more coastal floodings almost at the same time? NASA said that the reason for that is the regular lunar wobble in its orbit that takes 18.6 years to complete.

The American space agency clarified that there is nothing new or dangerous about the lunar wobble, first reported in 1728. But the wobble's effects on the Moon's gravitational pull that causes the tides on Earth could exacerbate rising sea levels due to global warming.

Study lead author Phil Thompson from the University of Hawaii said that the high tide floods are not as high caused by extreme weathers like hurricanes, UPI reported. However, if it floods 10 or 15 times a month, it could cause businesses to stop their operations since parking lots are under the water.

Consequently, people will lose jobs as they could not get to work. Also, seeping cesspools will become a public health issue, Thompson said.

Ultimately, the combination of the Moon's gravitational pull, climate change, and rising sea levels will exacerbate coastal flooding not only in the US but in the world as well. The findings of the study provide the public with critical information that can be used in planning, protecting, and preventing the damage to the environment and livelihoods that are expected to be affected by flooding.

Check out more news and information on Flooding in Science Times.