A new experiment shows the effectiveness of equipping the indigenous peoples guarding the Peruvian Amazon with smartphones and satellite data - which led to a significant drop in illegal deforestation incidents in the area.

With help from modern technology, the new study contributes to the growing body of study showing how recognition and empowerment toward indigenous peoples and their territories could be an effective strategy against the ongoing climate crisis. In their study, they assessed enlisting members of these local communities in patrolling sections of the Peruvian Amazon, assisted by an alert system driven by satellite data access.

The entire program is detailed in the latest PNAS Social Sciences, in the study titled "Satellite-based deforestation alerts with training and incentives for patrolling facilitate community monitoring in the Peruvian Amazon." 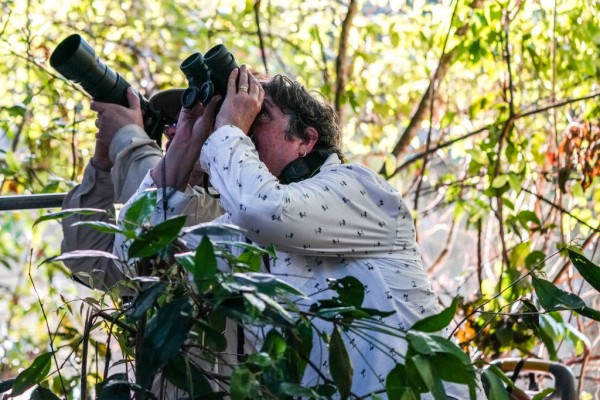 Significant Drop in Illegal Deforestation in the Peruvian Amazon

In their paper, researchers explain how remote sensing technology integrated with satellite data alarm systems could provide high-frequency data regarding tree cover loss in the Peruvian Amazon - a rainforest area that covers about 60 percent of the Latin American nation according to the Pan-Amazon Region Synod website.

Researchers randomly chose villages that received training and equipment and monitored their progress over two years. They found that the initiative led to a 52 percent reduction in deforestation in 2018 and an additional 21 percent drop in 2019 in villages that were trained and equipped compared to those that did not. This reduction was especially concentrated in communities in the Peruvian Amazon most threatened by illegal gold mining, logging efforts, and planting of illicit plants like coca used to make illegal drugs.

Additionally, the approach taken by the researchers deviates from the conventional approach taken by nations sharing the Amazon rainforests - most of which has invested also in satellite-based monitoring. The new study shows the effect of empowering indigenous people.

Training and Incentive for Local Communities

The Shipibo indigenous peoples in the Patria Nueva and Nueva Saposoa in the Peruvian Amazon were provided photos from the Peru SAT-1, which was first launched back in 2016 and flies over the region about 14 times each day. A total of 36 villages had three representatives each to conduct patrols on a monthly basis; these patrollers were paid $8 for each of their rounds. On the other hand, 37 villages served as the control group, keeping their current forest management practices.

Couriers drop down along the Amazon River and its tributaries, delivering flash drives with satellite photos and GPS data to the remote villages. The data were then downloaded into a special smartphone app that guides the patrollers to the sites of reported illegal activities. Aside from presenting a verification of illegal activities on the designated site, they are left to decide on the course of action - they can drive the offenders off the land or request assistance from law enforcement.

"The whole point is to put the deforestation information into the hands of those most affected by its consequences and who can take action to stop it," said Tom Bewick, Peru country director of the Rainforest Foundation US, in a press release.

Check out more news and information on Indigenous Peoples in Science Times.