The Xerces blue is a rare butterfly species that was last spotted 80 years ago. The sighting of the unique insect was located at California's coastal sand dunes. Experts are still conducting studies about the blue butterfly and how it became extinct.

Why is the Xerces Bluer Butterfly Species Extinct? 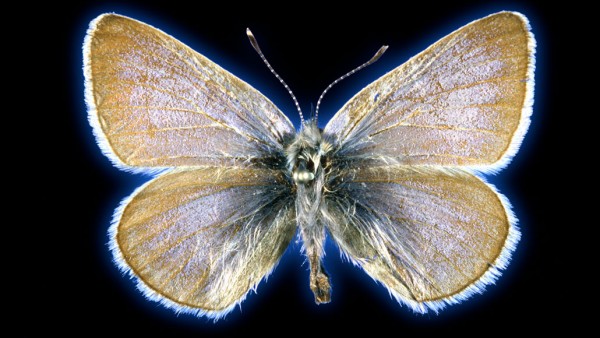 One of the Xerces blue butterfly's specimens was kept and protected for almost a century now. This was the key to further developing the research revolving around the magnificent insect. The Xerces blue's DNA harvested from the museum specimen shows that the butterfly itself is a distinct species. Unfortunately, the DNA sequencing also showed evidence that the Xerces blue butterfly is the first insect species of the United States that have been pushed to extinction due to human activities, reports CNN.

Cornell University's entomology expert and author of the study Corrie Moreau said that along with the existence of the Xerces blue throughout history, questions about its species remain. With the butterfly gone, experts did not have a chance to identify whether the group of blue butterflies were just an isolated population or it was indeed a distinct species of its own.

Human Activities vs. Extinction: Should We Resurrect Extinct Species?

Moreau and their colleagues researched the matter. To have a closer examination, the experts acquired tissue samples from a 93-year-old Xerces blue butterfly preserved at the Field Museum in Chicago. The corroded structure of the old blue butterfly did not stop the experts from unfolding the truth about the insect's species. Aside from the tissues, they also secured the examination by getting samples of the Xerces blue's mitochondria genomes, comprised of a separate DNA set.

In the study published in the journal Biology Letters entitled "Museum genomics reveals the Xerces blue butterfly (Glaucopsyche xerces) was a distinct species driven to extinction," the researchers combined the data gathered from the genes and mitogenomes of the Xerces blue to create an evolutionary tree. This method will identify how the butterflies are related to each other, and through their efforts, the scientists can conclude that the Xerces blue butterfly was, in fact, a species of its own. Moreau emphasized that this loss is unfortunate, as the biodiversity of the San Francisco Bay was stripped of one of its greatest species, a species that was forced to extinction by humans.

Moreau said that the Xerces blue butterfly is considered a candidate for species revival. This method of resurrecting extinct species through cloning technology is tackled in the book Rise of the Necrofauna, but Moreau said that instead of resurrecting the dead species, the resources should be utilized for the protection of the endangered species thriving in the present, reports Science News.