The relocation of Tasmanian devils, in an attempt to further conservation efforts, on an island on the East of Tasmania, Australia, has resulted in the endangerment of local penguins and threatened bird populations. 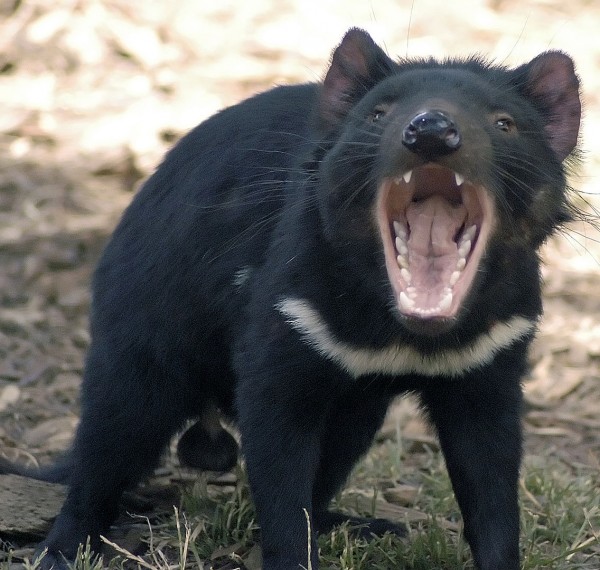 The Sarcophilus harrisii or commonly known as the Tasmanian devil is a carnivorous mammal that, on average, can live up to 5 years and grow to 31 inches in size and 26 pounds in weight.

According to National Geographic, the endangered mammal is known for its brown or black coarse fur and stocky profile, making them appear like baby bears. The world's largest carnivorous marsupial was once abundant in the entirety of Australia. However, in recent years it has called the island state of Tasmania it's home.

The Tasmanian devils are known for their rage when threatened by predators, defending a meal, or fighting for their mates. Early European settlers dubbed the marsupials as 'devils' after bearing witness to the anger-fueled display of lunging, teeth-baring, and spine-chilling guttural growls.

Although the little 'devils' may seem aggressive, the behaviors are only fear-induced or feeding rituals.

How the Tasmanian Devils are Endangering Penguins and Threatened Bird Species

The Washington Post reports that 28 Tasmanian devils have been released on almost 45 square miles in Maria Island from 2012 to 2014 and grew to roughly 100 by 2016. BirdLife Tasmania, a conservation group, says that for over a decade, 3,000 breeding little penguins inhabited the island; with the introduction of the Tasmanian devils, the penguins have all disappeared.

Eric Woehler, a researcher for BirdLife Tasmania, told BBC that the loss of roughly 3,000 penguins from the island, which also serves as a national park and bird refuge, is devastating and a 'major blow' on conservation efforts. However, he states that it is also a sadly predictable outcome on the research of human intervention on nature.

He adds that every time man has accidentally or deliberately introduced mammals to oceanic islands, the outcomes have always been the same; a catastrophe to bird species. The sudden erasure of the little penguin population from Maria Island is yet another disturbing mark in the wildlife population of the nation.

Recently, Australia has been under siege by mice devastation on agricultural lands, and spiders engulf towns with their webs.

Originally the Tasmanian devils were shipped to the island via collaboration between the Tasmanian and Australian governments to protect the species from developing facial tumors that are transmissible cancers spread through the marsupials fighting and biting, causing tumors on the face or inside the animals' mouth.

The disease has led to the species being labeled as 'endangered' and dwindling from 140,000 to roughly 20,000 since the discovery of the illness by scientists in the mid-1990s.

A study published in the journal Science, entitled, A transmissible cancer shifts from emergence to endemism in Tasmanian devils, found that the prevalence of the disease seems to have slowed in recent years but advises scientists to be cautious when making conservation efforts.