Salina, Kansas, will be the next basecamp for an airplane that will serve as a research laboratory. The said vessel is equipped with scientific instruments utilized by 50 scientists in a comprehensive study on our changing climate. The Salina base experts are reportedly planning to conduct the research sometime this summer. 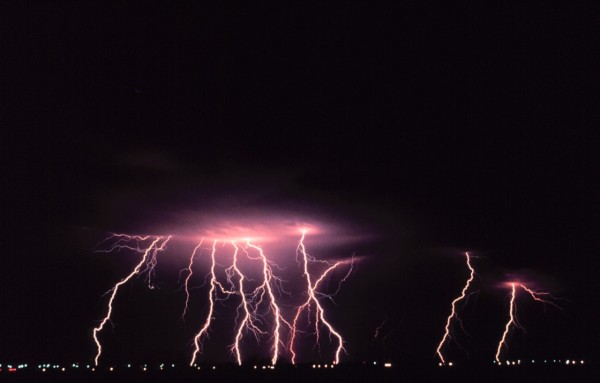 Harvard University expert and researcher David Wilmouth said that severe storms are usually an effect of climate change. He adds that the weather forecast and regional weather records are rarely correlated with our changing climate, but the extremities exhibited during a thunderstorm convey the activities over the skies and the stratosphere. Wilmouth said that as climate change progresses, frequent severe thunderstorms will transpire, but even then, the experts will have the ability to understand more about the escalating changes in Earth's climate through the data harnessed from the thunderstorm studies.

NASA Armstrong Flight Research Center's ER-2 809 aircraft will be the vessel that will let experts hover the skies with a height of up to 70,000 feet. The Wichita Eagle reports that during the span of the study, the experts will use over 45,000 scientific equipment to observe and examine data they will harvest from air samples.

Purdue Univerisity's Earth, Atmospheric, and Planetary Sciences department head Dan Cziczo said that along with the changing climate, we still have the opportunity to develop instruments that will enable us to learn more about the planet's climate issues. Cziczo said there are available satellites up and running to assist in measuring the data present on the skies, but using the ER-2 plane will exceed more than the preferred observations collected from the Earth's atmosphere. He said that the plane could reach farther regions on our skies that normal aircraft can't visit.

The ER-2 planes operation is among various scientific studies heald under NASA Earth Science. The key interest of the unique research is to observe how the systematic activity of thunderstorms impacts the planet's ozone layer and answer how water vapors, the largest and most essential greenhouse gas contributor, are transported into the stratosphere.

Texas A&M University expert and lead researcher of the Dynamics and Chemistry of the Summer Stratosphere, Kevin Bowman, said that the past decades had produced opportunities to study overshooting storms, which were determined to be more than a weather activity. Some of the most promising thunderstorms being studied are on Salina and some plains in the central US.

The study will also search for particle matter samples, their features, and their impacts on the changing climate. Cziczo said it is beneficial to study the particle matters, as it is presently abundant due to the US wildfires blazing across the states on the west coast. Including the study of particulate matter can give us a reference about its effects on human health and general air quality.

DCOTSS experts have been able to complete 4 flights this year. More studies will be conducted, and more launch is to be expected from the ER-2. One of the most anticipated fights of the DCOTSS team will take place on March 2022 and will run up until June of the same year.