Exercise is important not only for the heart and blood pressure but also for the slow muscle loss that comes with aging. Building muscles and connective tissue is what strength training is for, as well as to cut the risk of injury and help ease the pain from arthritis.

However, there is little research on the cellular mechanism behind muscle building by exercising. According to Phys.org, the new study from the researchers of the University of Cambridge may have just started unraveling the mystery behind muscle building as they have made a mathematical model that can tell how much exercise is needed to strengthen skeletal muscles. 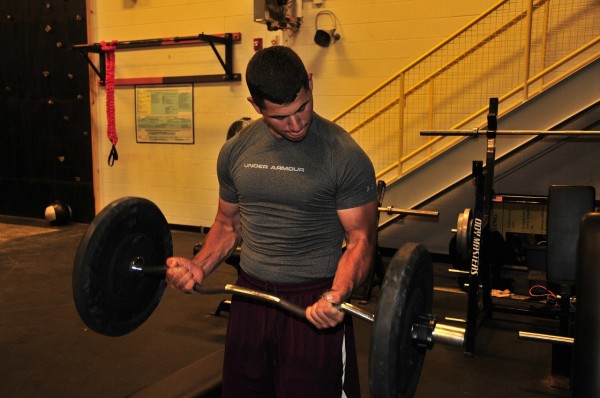 Growing Muscles at the Cellular Level

People have unique individual physiology and behavior that made it challenging to conduct a controlled experiment on how muscle size changes. So, researchers looked at the mechanisms of mechanosensing, or the cell's ability to sense mechanical cues.

In collaboration with the English Institute of Sport, the team from Cambridge found that hyper/atrophy is directly linked to the researcher's work.

The team identified the enormous protein called titin that produces one of the key signals to grow more muscles. According to Popular Science, titin wraps around the myosin filaments that are made of muscle fibers. Then, a part of titin becomes exposed and inaccessible when muscle fibers contract.

The principle behind muscle growth is that the more time or, the harder it contracts, the more titin molecule has this key binding site exposed that triggers the muscle-building signaling pathways.

ALSO READ: More Exercise Recommended To Prevent Hypertension, Other Diseases as You Reach 40 and Above

Optimal Weight Is Needed To Do Resistance Training

Phys.org reported that researchers used theoretical biophysics to develop their mathematical model that predicts the optimal exercise needed to cause muscle growth and the amount of time it will take to do that.

They pointed out that the model could be the basis of a new software application where users could improve their exercise routine by entering the data of their physiology.

The study titled "Why Exercise Builds Muscles: Titin Mechanosensing Controls Skeletal Muscle Growth Under Load," published in Biophysical Journal, is based on the team's earlier work that found that a component of the muscle called titin sends chemical signals that affect the growth of muscles.

The findings suggest that there is an optimal weight to consider before engaging in resistance training that varies per person and muscle growth target.

The team emphasized that muscles can only handle a certain maximum amount of load for a short time and that it is integrated, which activates cell signaling pathways to make new muscles.

Below that threshold would mean that the load is insufficient and that more time for exercise will be needed to compensate for the lacking value, which is dependent on the person's physiology.

Study author Eugene Terentjev said in the university's news release that their mathematical model suggests that loads of 70% are a more efficient method of growth because too low a load will not activate titin enough, while too high a load will cause exhaustion to the muscles.

RELATED ARTICLE: What Is Making Muscles Adapt to Exercise?

Check out more news and information on Exercise in Science Times.