Christmas Comet: C/2021 A1 Leonard Will Fly Near Earth and Cross Paths with Venus; No Meteor Shower Expected

C/2021 A1 comet, also known as Leonard, is expected to arrive near Earth's perimeter on the last month of the year. The comet earned a name in the scientific community as the 'Christmas comet,' as it was expected to appear closest to our planet in December.

Leonard was previously discovered back at the beginning of the year at the Mount Lemmon Observatory in Arizona. In addition, experts analyzed that Leonard will achieve its closest travel to the sun or perihelion by January of 2022.

When and How to Catch Leonard Comet? 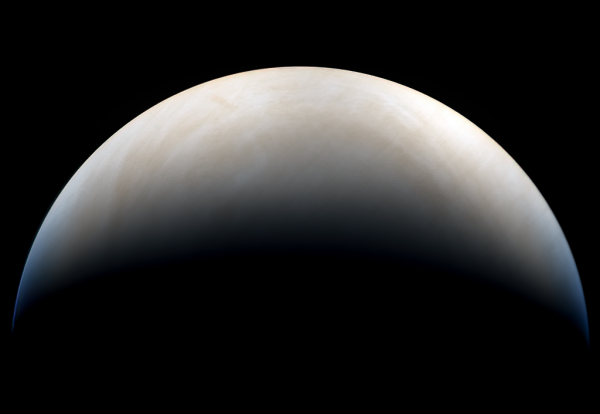 The Christmas comet will pass by on our planet just a few weeks before the holiday season. According to a Space report, experts said that Leonard doesn't threaten any materials it will encounter in the coming months. It also won't inflict our planet with any damages as it propels throughout space and right beside Earth.

Leonard is theorized to be seen by the naked eye in December. Along with the passing of the comet, twilight and daw will let us see one of the brightest stars in the constellation of Boötes. Leonard and the star, Arcturus, will be spotted side by side. Enthusiasts shouldn't worry about not seeing the C/2021 A1 comet by the end of the year, as binoculars can be used instead of a high-end scope.

ASLO READ: Black or Latte? Not Your Coffee, but the Universe: Experts Reveal Average Color of Universe

Venus Side by Side with the Christmas Comet

C/2021 A1 comet will be having the greatest planet collaboration just two days after it presents itself to Earth's perspective. According to a new study, Leonard may have its trajectory close to another planet, too. The comet's trajectory is expected to be very close to the Venusian path by December 18, that Christmas comet might even 'fist bump the planet with its dust trails. The predicted distance between Leonard and Venus is over 4.3 million kilometers.

Leonard is among the few comets that are being discovered recently. For a long time, the comets rarely appeared on our skies. Thankfully, today's young generation will have an exclusive experience with one of the most anticipated comets of the year. The C/2021 A1 was not the only comet that has traveled so near to any planet. Back in 2104, astronomers have observed the flyby of the C/2013 A1, also called Siding Spring, along with the planet Mars. The rare encounter of the red planet with a foreign comet was captured by NASA.

The Christmas comet is being observed in Arizona's Palomar Hale Telescope, together with the data provided by California's Lowell Discovery Telescope. In the recent analysis of the comet, Leonard imposes a threat, not to the planets but the hovering space crafts in the Venusian backyard. Although it won't impact the vessels and probes physically, Leonard may cause signal distortion and other minor factors that would lead to the dysfunction of crafts, including the Japanese Venus climate orbiter called Akatsuki.

The flyby of the C/2021 A1 comet to Venus won't be producing any meteor shower presentation. But there is a possibility that observers could get which are the dust trails of Leonard. The Christmas comet is anticipated by the scientific community, as it will be the first time any comet shows its dust trails up close. The analysis over the Christmas comet Leonard was published in the journal Earth and Planetary Astrophysics, titled "Preview of Comet C/2021 A1 (Leonard) and Its Encounter with Venus."

RELATED ARTICLE: Morning Star Greets Earth With Love: When to Spot Venus in 2021